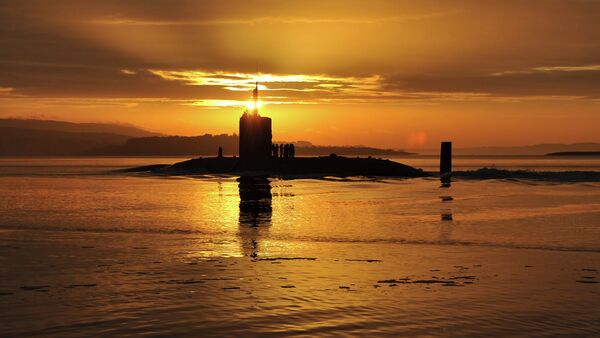 EDINBURGH (Sputnik) — According to a report published by the Scottish Campaign for Nuclear Disarmament (CND), the bill of renewing Trident would amount to 205 billion pounds ($296 billion). The UK Government has consistently claimed that the total cost of replacing and maintaining Trident would be around 100 billion pounds.

"These figures are just staggering — and if even remotely accurate show the whole project is out of control before a vote has even been taken in parliament to renew. The escalating cost of this immoral weapon must now make the UK government stop the whole renewal," O’Hara said.

According to O’Hara, his party will "take every opportunity to vote against Trident."

UK lawmakers are expected to debate and vote on the issue of Trident renewal soon.