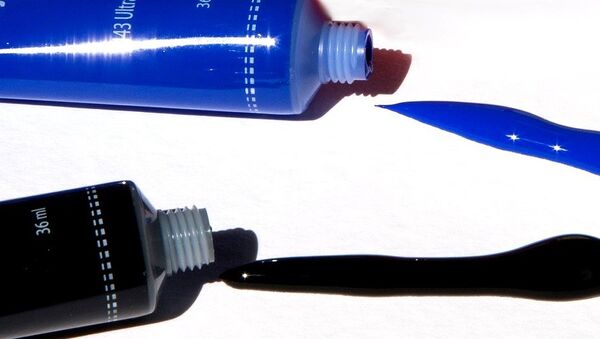 © Photo : Pixabay
Subscribe
One of the great challenges for an iconic, recognizable brand is whether or not you should ever change the way it looks. Google finds itself in such a position right now, as it considers replacing its classic blue links with black ones.

This is not the first time Google has made changes to its design, and as before, it is in the process of testing the new look with a section of its users.

Hoping that @google change the colour of links back to blue soon. These black links are making me sad. ☹️😖 #Google pic.twitter.com/yH4SRJbbpj

Small changes to a brand's color scheme — whilst on the surface may seem superficial — can actually make a big difference in the long run.

Some years ago for example, Google trialled forty different shades of blue for its advertising links before settling on its final choice, whose impact was substantial, increasing the company's advertising revenue by around US$200 million a year.

I really feel like I'm frenemies with #Google. Black links instead of blue in the search results? No. Just No. Bad Google. Bad Google.

The tech giant has been running what are known as A/B tests — whereby reactions of different subsets of users are compared — Google has received mixed responses, and many are not happy with the proposed changes.

Really didn't like being a "black and blue" guinea pig @google. I thought I was going insane with the black links #BringBackTheBlue

Whilst this might look like little more than corporate rebranding, it could actually prove much more significant.

@Google — I believe April fools was LAST month. When you're done with your identity crisis, please #BringBackTheBlue

Big changes in branding have proved controversial for a number of big names over the years, each time threatening to irritably damage business. In truth though, companies have tended to weather these storms fairly well, often emerging more successfully in the end.

For example, Apple Macintosh lost the "Macintosh," dropped the rainbow color scheme, and went on to become the world's largest technology company.

Things haven't gone quite so smoothly for Pepsi however. They undertook a number of rebrandings at a huge cost, but still never managed to overtake their biggest competitor Coca Cola.  Coke — of course — have famously never altered their logo since launching 130 years ago.

For now, Google continues to run trials on the new color schemes, and unpopular modifications seem unlikely, given that any changes will ultimately follow extensive market research.