US May Lose Significant Military Base Located on UK Territory 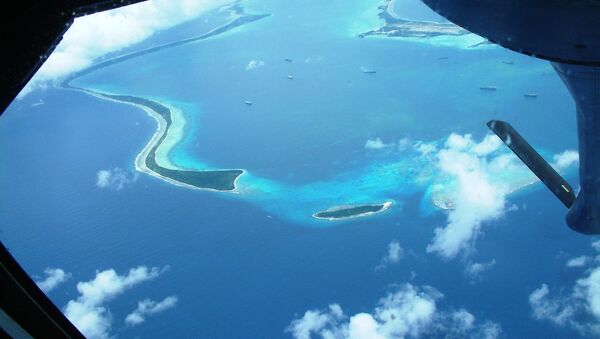 © Flickr / Jennifer
Subscribe
International
India
Africa
America may soon lose one of its largest military bases overseas due to the expiration of the lease on Diego Garcia Island in December this year.

US Military Fights for Its Reputation Among Iraqi Population
A 1966 agreement with the UK allowed the US Defense Ministry to use the Diego Garcia island — the largest of the 60 small islands in the Chagos Atchipelago in the Indian Ocean — for military purposes. The lease runs out in December, although there is an option to extend it for another 20 years.

The islands were reportedly exchanged for an $11 million (£7.65m) discount on buying Polaris submarine-launched ballistic missiles. After a secretive deal between then British Prime Minister Harold Wilson and then US President Lyndon Johnson, native inhabitants were forcefully removed from the archipelago.

Chagos indigenous residents — about 1,500 in total — were promptly deported, mostly to Mauritius and the Seychelles. Many of them ended up residig in Crawley, West Sussex, because of its location near the Gatwick airport, where many of the islanders landed from Mauritius.

US Troops, Equipment Leave Central Chisinau Exhibition Amid Protests
The exiles have since been trying to return to their homeland. In 2000 the High Court in London ruled out that Chagos was depopulated illegally and that the indigenous population had the right to return to the islands, with the exception of Diego Garcia. However, 4 years later UK government used the royal prerogative to block the decision.

A research conducted by the KPMG audit company found that resettling of the Chagossians would cost UK £66 million.

The Diego Garcia base is of a great strategic importance due to its geographic location. For years it has been playing a significant role in organizing numerous Pentagon military operations, including those in Iraq and Afghanistan.

The fate of the base is yet to be decided in the end of 2016. The issue was reportedly discussed during Barack Obama's recent visit to London.

"The PM raised the issue of the British Indian Overseas Territory with the President in the context of the government's ongoing review of resettlement," a Downing Street spokesman told the Daily Mail.

"Obama will not president after January and Cameron is not seeking re-election at the next election and I think it would be a good legacy for both of them to allow the right to return of these people," said member of British Parliament Conservative MP Henry Smith.

It is unclear whether US will be able to retain the base on the UK territory.