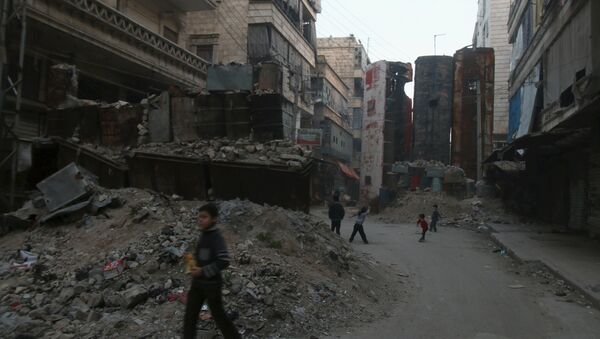 © REUTERS / Abdalrhman Ismail
Subscribe
The United States and Russia exchanged information related to the Nusra Front and opposition positions in Syria amid the renewed cessation of hostilities, a US government official said on Monday.

"We [the United States] have had multiple conversations… to exchange information on our views on where Nusra [Front] and the [opposition] parties are located," the official stated when asked about sharing location information with Russia.

Nusra Front is not party to the ceasefire in Syria, the US government official added, so it is permissible to take action against them, assuming measures are taken to minimize civilian casualties.

Last week, Lavrov said the United States attempted to include Nusra Front positions within the new Syrian ceasefire agreement, but Moscow refused to oblige, a statement subsequently denied by the US State Department.