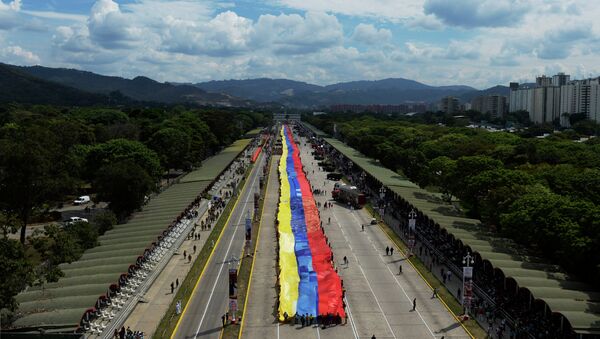 Washington is responsible for the shortage of goods in Venezuela, the South-American country's foreign minister said.

MEXICO CITY (Sputnik) — Venezuela's Foreign Minister Delcy Rodriguez has said Caracas has evidence of the United States' meddling in the country's internal affairs, including economics, aggravating the food-deficit situation in the country.

"We have evidence that the United States government contributes to the shortage of goods in Venezuela," Rodriguez said Thursday addressing the Organization of American States, as quoted by the local TeleSUR television network.

The foreign minister also accused Washington of conducting media and economic campaign against Venezuela to overthrow the constitutional government, promoting the idea of financial collapse in the country.

Venezuelan President Nicolas Maduro declared an economic emergency in the country in January amid nosediving oil prices. Up to 96 percent of Venezuela’s budget depends on oil revenues.