IMF: Oil Producers Must Diversify to Mitigate Likelihood of Volatility 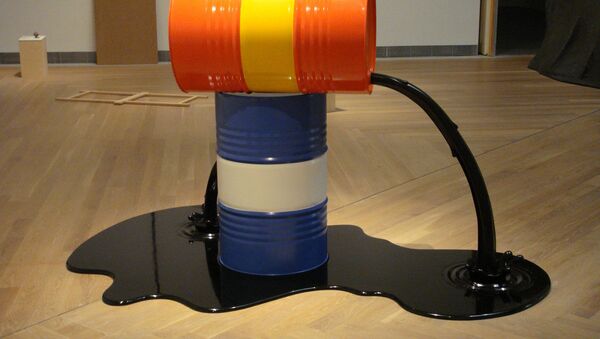 "There is still an expectation that oil price volatility could potentially continue… We are saying, in effect, that economic diversification would help deal with some of this volatility, in the sense of if you're overly reliant on the oil sector then when bad times come in the oil sector, you are not as vulnerable," Clements said on Wednesday.

Clements explained that the levels of oil price volatility continue to be uncertain with a wide spread of predictions. Some market participants anticipate a rebound in oil prices into the $120 per barrel range in the next four years. Others have predicted prices will remain close to $30 per barrel.

Iranian Return to Oil Market Quicker Than Expected - IEA Official
According to an IMF report co-authored by Clements, oil rich nations are facing "one of the largest boom-bust cycles" to hit the market in more than 100 years.

"One thing many countries need to do also is provide adequate financing for small and medium-sized enterprises, really help provide the fundamentals behind a diversified economy," Clements advised.

Oil prices have collapsed substantially over the past two years, from a high of more than $108 in June 2014 to less than $30 per barrel in January 2016. Prices have rebound modestly in the recent months to slightly below $40 per barrel.

Official estimates by the IMF in April forecast global commodity prices would remain weak for a longer period of time, increasing pressure on commodity dependent economies.