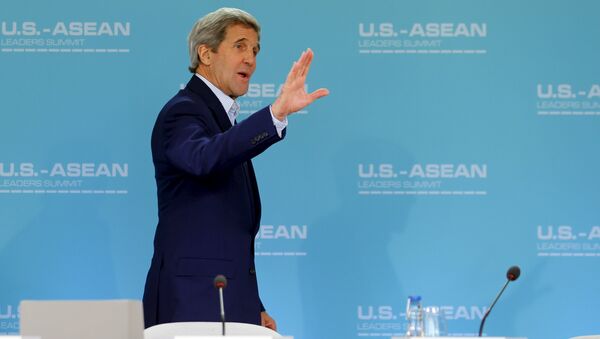 Washington has provided physical and digital training to more than 750 journalists worldwide and the US is increasing its funding to $2.5 million, according to US Secretary of State John Kerry.

US Extending National Emergency With Respect to Syrian Government
WASHINGTON (Sputnik) — The United States is increasing funding by more than $2 million to train hundreds of reporters across the globe, US Secretary of State John Kerry said in a press briefing on Tuesday to mark World Press Freedom day.

"We [the United States] have provided physical and digital training to more than 750 journalists worldwide and we are increasing our funding to $2.5 million this year so we can train even more," Kerry stated.

The US Agency for International Development (USAID) is supporting independent media efforts in more than thirty countries, Kerry noted.

World Press Freedom Day is celebrated annually on May 3 after it was proclaimed by the UN General Assembly in late 1993.

According to the United Nations, this year’s World Press Freedom Day focuses on such aspects of press freedom as freedom of information considered a fundamental freedom and human right, protecting press freedom from being censored, as well as ensuring safety for journalists both online and offline.