Norwegian Warplane Fires on Surveillance Tower With People Nearby 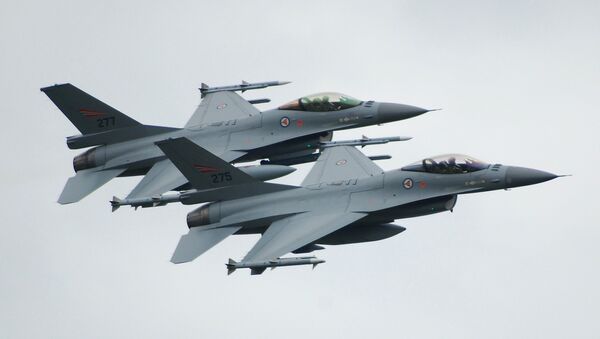 A Norwegian fighter jet mistakenly fired at an observation turret during target practice earlier this month; no one was hurt in the incident, according to the Associated Press.

Norway Goes Military: Army Spending Skyrockets on 'Russian Threat'
The Norwegian Air Force's F-16 fighter jet accidentally fired at a control tower as three military personnel stood near the facility during drills earlier this year; no one was hurt in the incident, the Associated Press reported.

The news agency quoted Norwegian Air Force spokesman Major Stian Roen as saying that the incident took place on April 13 on the island of Tarva, off the country's western coast.

According to him, the F-16 was due to fire at a simulated target on the airfield about 500 meters away when "something went wrong."

He also said that the observation tower was slightly damaged by the gunfire, and that further details would be revealed after the completion of an investigation into the incident.