Student Protest in Chile Ends in Clash With Police 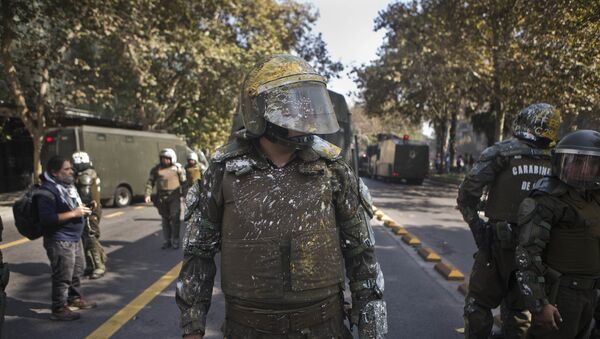 The first march called by the Confederation of Chilean Students (Confech) this year ended with clashes between demonstrators and police in Santiago, local media report.

The students were demanding reforms of the higher education system.

Clashes with police erupted when some of the protesters went beyond the fenced-off designated march area, 24 Horas said. Some traffic lights and bus stops were damaged.

There have been no official reports on detainees.