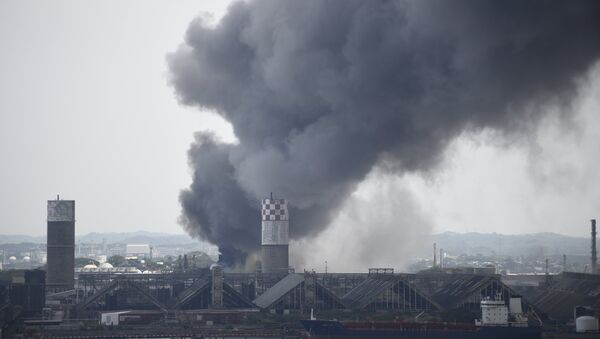 Hundreds have been evacuated following a blast at a Pemex oil facility in Mexico.

The blast occurred in in the port city of Coatzacoalcos in the state of Veracruz. Emergency services are on the scene, responding to what state-run oil company Petroleos Mexicanos described as "accident that took place at the Clorados 3 plant of the company Petroquimica Mexicana de Vinilo."

According to Luis Felipe Puente, head of federal emergency services, three people died in the blast. At least 58 people were injured in an explosion, Pemex said.

The company also stressed that the accident occurred at site operated by Mexichem, which has a partnership with Pemex.

The cause of the blast is unknown at this time, though Mexichem said it occurred in an ethylene unit at the plant.

The explosion occurred shortly before 4 PM local time at the complex near the Coatzacoalcos River.

Veracruz is a major hub for the nation's oil exports. According to Pemex, the blast will not affect trade.