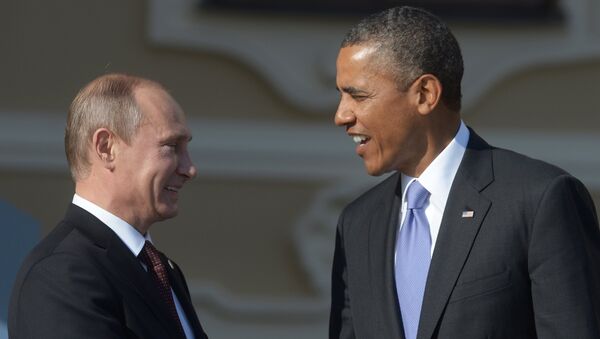 MOSCOW (Sputnik) — The Russian chief investigator cited in particular the final report of the Dutch Safety Board into the crash of Malaysia Airlines flight MH17 in Eastern Ukraine, as well as rulings on the cases of the now-defunct Yukos oil company, the murder of ex-Russian intelligence officer Alexander Litvinenko and the cases of Viktor Bout and Konstantin Yaroshenko — the Russian nationals convicted in the United States.

"Unfortunately, international law and justice more often serve as instruments of this [proxy] war," Bastrykin said in his article published in the Kommersant-Vlast magazine on Monday.

US Money Used to Create 'Non-Systemic' Opposition in Russia

The formation of the so-called non-systemic opposition in Russia is funded by the United States, Alexander Bastrykin also wrote.

The Russian chief investigator said that the money allocated by the United State to fight "Russian aggression" is used to fuel anti-Russia sentiments in neighboring countries.

"Without a shadow of a doubt, the informational and ideological 'weapon' will further be used. This is reflected in an increase in the US state budget expenditures on programs aimed at the so-called development of democratic institutions in countries neighboring Russia, as well as in Central Asian states. The true purpose of this funding can be perceived from the expenditure title, which goes as 'countering Russian aggression through public diplomacy and foreign assistance programs, and building the resilience of governments in Europe."

He added that the 2017 US budget provides some $4.3 billion for this purpose, including about one billion allocated for programs aimed at tackling corruption and supporting a democratic society in countries neighboring Russia.

"The money allocated earlier as part of this program has already been used by various public organizations under the pretext of facilitating education, developing a civil society…This all resulted in incitement of anti-Russia sentiments in states neighboring our country, in the formation of so-called pro-American and pro-Western non-systemic opposition in Russia, the spread of inter-religious and political extremism in our country."

The denial of results of the referendum on Crimea’s reunification with Russia should be regarded as extremism activities, Alexander Bastrykin said.

"It seems necessary to supplement the definition of extremist activity (extremism) contained in the Federal Law on Countering Extremist Activity with such manifestation as a denial of the results of a nationwide referendum."

He added that this measure was necessary also to stop any deliberate falsification of the Russian history.

"Certain features of extremist activity are happening in the Crimean Federal District, where attempts are being made to form the anti-Russian sentiment, by falsifying information about historical facts and distorted interpretations of current events to call into question the results of the referendum on accession of Crimea to the Russian Federation."