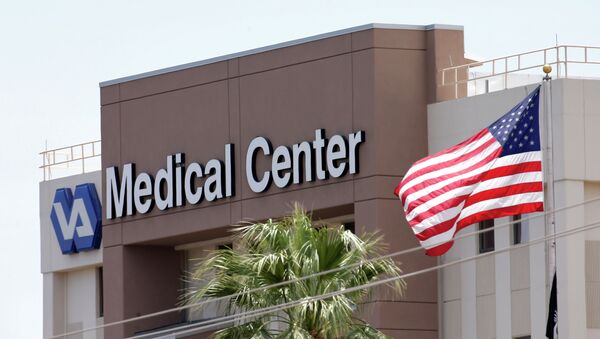 © AP Photo / Matt York
Subscribe
International
India
Africa
Reports released by VA Office of Inspector General reveal that supervisors in the department medical facilities in at least seven US states have urged their staff to manipulate patient’s appointments to create an impression of zero wait times.

WASHINGTON (Sputnik) — Supervisors in the Department of Veteran Affairs (VA) medical facilities in at least seven US states have urged their staff to manipulate patient’s appointments to create an impression of zero wait times, according to reports released by VA Office of Inspector General on Thursday.

"Testimonial evidence from multiple MSAs [medical support assistants] regarding the MAO’s [medical administrative officer] involvement in directing manipulation of wait times and analysis results from scheduling reports contrasted sharply with the MAO’s denials of responsibility," the report on a probe into a VA facility in California stated.

The Office of Inspector General released investigations regarding VA facilities wait time after a Freedom of Information Act request filed by USA Today.

The VA has already implemented disciplinary measures to 29 people involved in the violations, according to media reports.

The VA provides numerous benefits including health care, rehabilitation and disability compensation to Veterans upon completion of their military service.

The problems at the VA came into focus after an April 2014 CNN report disclosing that 40 veterans died waiting for doctor’s appointments in a VA hospital in Phoenix, Arizona. Many of the veterans were placed on a secret waiting list, which differed from another list shared with officials in Washington, DC.