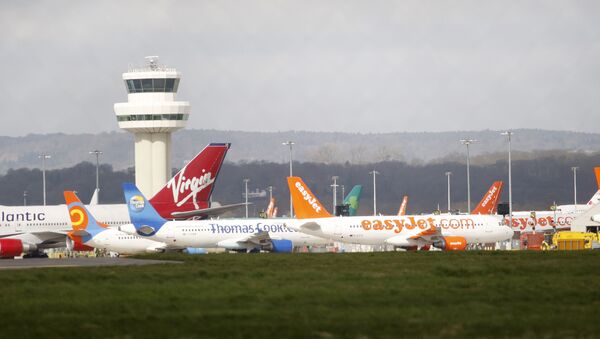 A man suspected of having links to Syria-related terrorism offenses was detained at London's Gatwick airport on Monday, UK West Midlands Police said in a statement.

World
Lavrov to Kerry: Seal the Turkish-Syrian Border to Prevent Terrorists Flow
MOSCOW (Sputnik) — Another terror suspect, a 20-year-old woman, was detained at an address in West London during a raid, police said. Law enforcement carried out another search operation in the West Midlands' city of Birmingham.

The suspects are being held at a police station in the West Midlands.

"The man — aged 24 — was detained before boarding a flight," the statement reads. According to police, neither airport passengers nor the wider public were put at risk by the arrest.