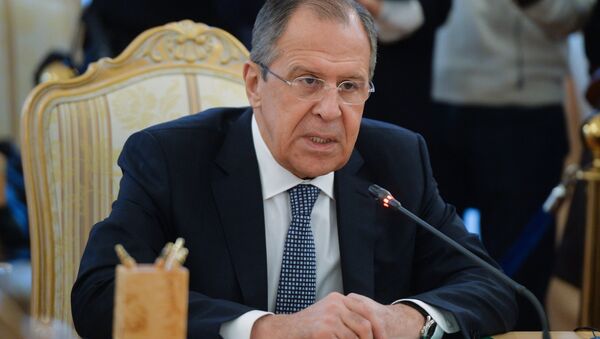 © Sputnik / Vladimir Astapkovich
/
Go to the photo bank
Subscribe
The Russian foreign minister has held meetings with his Armenian and Azerbaijani counterparts cocerning the current escalation in the Nagorno-Karabakh region.

"Developing the Russian president's reaction to the resumed hostilities on the contact line in Nagorno-Karabakh, as well as Russia's steps toward deescalating the situation that involves contacts with the OSCE Minsk Group co-chairs, Sergei Lavrov held talks with the foreign ministers of Azerbaijan and Armenia and urged for influencing the situation to stop the violence," the ministry told RIA Novosti.

Earlier in the day, Russian President Vladimir Putin has expressed concern over the situation, noting that Russian and international mediation efforts have been successful in making a final settlement possible. The Russian Foreign Ministry has begun consultations with the Organization for Security and Co-operation in Europe (OSCE) Minsk Group on conflict settlement in Nagorno-Karabakh, the ministry said earlier on Saturday.