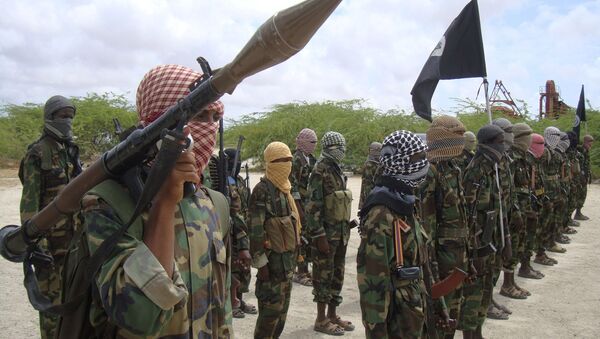 A US Navy-led Combined Maritime Forces (CMF) vessel seized a large weapons cache aboard a small boat heading toward Somalia in the northern Indian Ocean, CMF said in a statement.

The seizures were conducted in accordance with the UN Security Council arms embargo prohibiting Somali Islamist militants from obtaining weapons. The Provence was operating as the CMF’s Combined Task Force 150, which conducts maritime security and counterterrorism operations.

"France has been supporting Combined Maritime Forces operations since their inception. This seizure is another French contribution to the stabilization of the region," a CMF spokesperson said.

The Royal Australian Navy's Darwin guided-missile frigate, operating as part of the CMF, seized nearly 2,000 AK-47s, 100 rocket propelled grenade launchers and other weapons aboard a vessel intercepted 170 nautical miles off the coast of Oman earlier this month.