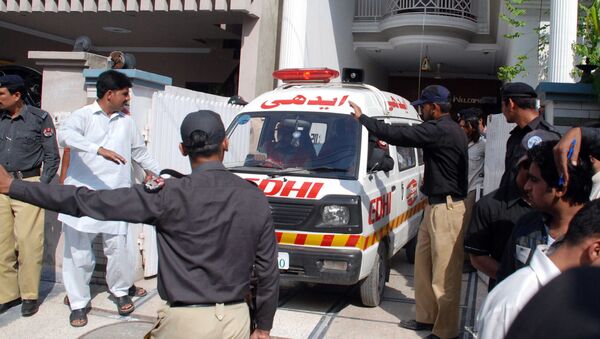 Police have established the identity of a suicide bomber who carried out the recent terrorist attack in the city of Lahore, Pakistan, local media reported Monday.

#PrayForLahore: India Shows Solidarity With Pakistan After Lahore Blast
NEW DELHI (Sputnik) — On Sunday, a suicide blast in Gulshan-i-Iqbal Park, located in the Iqbal Town area of Lahore in eastern Pakistan, left at least 70 people dead and over 300 injured, mainly women and children. A Pakistani faction of the Taliban claimed responsibility for the attack.

According to the Geo TV channel, the perpetrator was identified as Yousuf, son of Ghulam Farid, a 28-year-old resident of Punjab's Muzzafargarh district. The bomber had reportedly been a teacher at Lahore's seminary for eight years.

The Counter-Terrorism Department of police has conducted a raid and detained 15 suspects allegedly linked to the attack, including three brothers of the bomber.