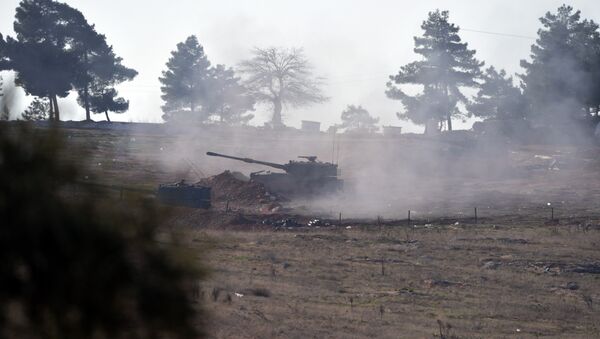 According to the Russia's Federation Council speaker, Ankara is making attempts to disrupt the peace process in Syria while pursuing its geopolitical goals in the region.

MOSCOW (Sputnik) — Turkey is attempting to disrupt the cessation of hostilities in Syria as it pursues its own geopolitical interests in the region, the speaker of Russia's Federation Council, the upper house of parliament, said.

"Attempts are being made to disrupt the ceasefire and aggravate the situation, including by Turkey, which initially pursued its own geopolitical goals in Syria and continues to target the Kurdish population, despite this being banned by existing agreements and UN Security Council resolutions," Valentina Matvienko told RIA Novosti.