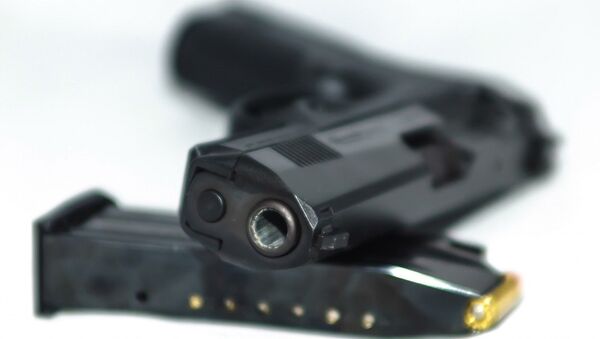 A petition to allow those attending the sure-to-be heated Republican National Convention to carry guns in case of an attack by Daesh has reached over 14,000 signatures.

Americans for Responsible Open Carry launched the petition on Change.org and directed it at Quicken Loans Arena — where the convention is set to take place in July — as well as the National Rifle Association, Ohio Governor John Kasich, the Republican National Committee, Reince Priebus, Donald Trump, and Senator Ted Cruz.

The Republican Party’s website clearly states: “firearms and other weapons of any kind are strictly forbidden on the premises of Quicken Loans Arena,” but the petition argues that they are putting the attendees in danger.

“Cleveland, Ohio is consistently ranked as one of the top ten most dangerous cities in America,” the petition claims. “This doesn’t even begin to factor in the possibility of an ISIS terrorist attack on the arena during the convention. Without the right to protect themselves, those at the Quicken Loans Arena will be sitting ducks, utterly helpless against evil-doers, criminals or others who wish to threaten the American way of life.”

Guns Now Allowed in Texas’ State-Run Psychiatric Hospitals
“All three remaining Republican candidates have spoken out on the issue and are unified in their opposition to Barack HUSSEIN Obama’s ‘gun-free zones,’” it continues.

The Republican frontrunner himself has stated that there will be riots if a brokered convention were to take place to strip him of becoming the nominee.

Guns and the potential for a politically charged riot — what could possibly go wrong?