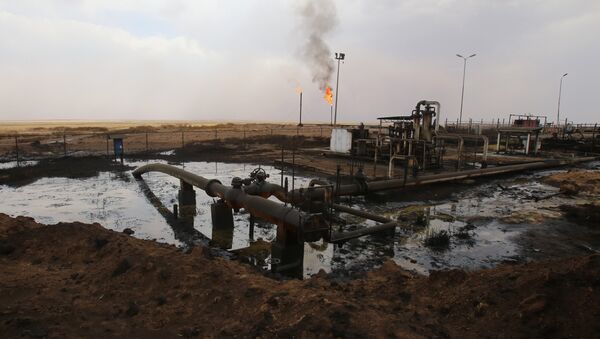 © AFP 2023 / YOUSSEF KARWASHAN
Subscribe
International
India
Africa
While gathering material for its new film on Daesh's activities in the north of Syria and its ties to the illegal oil trade with Turkey, the RT Documentary crew came across bundles of unique documents, which reveal the scope of the illicit business and the revenue it provided; the crew also interviewed some residents who were directly involved.
https://www.spreaker.com/user/radiosputnik/rt-documentary-journalists-arrive-in-syr

The RT Documentary Channel crew arrived in northern Syria right after the ceasefire came into force on February 27.

The journalists, whose names are not revealed for security reasons, visited the former Daesh stronghold in this part of Syria, the town of Shadadi, and the towns of Rumilan, Al-Qamishli and Tel Abyad on the border with Turkey.

All the towns are located in an oil-rich area and were populated predominantly by the Syrian Kurds. 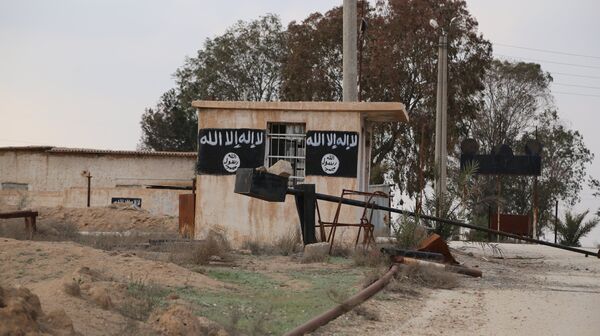 One of the buildings earlier used by Daesh.
© RT

The area was previously under the control of Daesh, and was recently liberated by the People’s Protection Units (YPG), the armed wing of the Syrian Kurdish Democratic Union Party (PYD).

The journalists interviewed the YPG fighters who liberated the area. Shadadi was freed in February 2016 and was the last town the Daesh group controlled in Syria's northeastern Hasakah province. The capture of the city closed off a key supply route for Daesh between Iraqi Mosul and Syrian Raqqa. 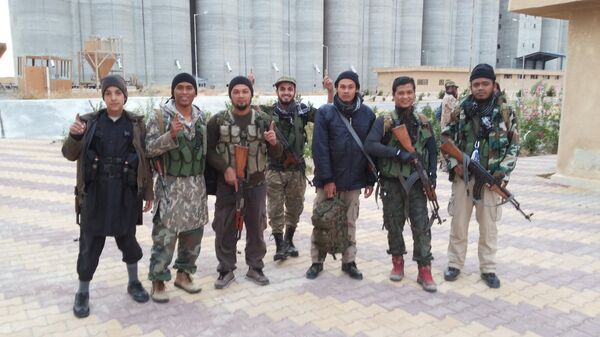 A picture of Daesh fighters taken from one of the captives.
© RT

The score of left over documents reveal the scope of the pumped and sold oil and an apparent connection with Turkey, as some documents have a Turkish addresses on their cover pages.

What the crew has in its possession are financial records which detail the tracks of the illicit trade, revealing the scope and cost of the extracted oil. 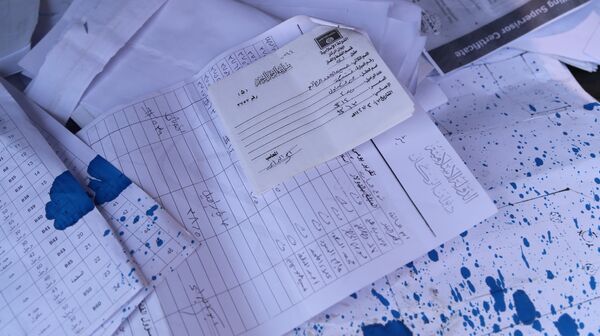 Financial records which detail the tracks of the illicit trade, revealing the scope and cost of the extracted oil.
© RT

Over 170 financial records, dated between January 11-24, 2016 were compiled by what appears to be the Sales department of the ISIL (Daesh) Ministry of Natural Resources   which carefully documented the volume of barrels extracted from the oil station of Kabiba near the city of Shaddadi.

The document has the name of the well, the price per barrel, the date of sale, the number of trucks used for delivery and the total cost of the sold crude.

Some documents list the name of the driver and the type of the car used for particular deliveries. Other documents appear to show estimates of how many barrels were left in a well or whether it had been fully emptied. 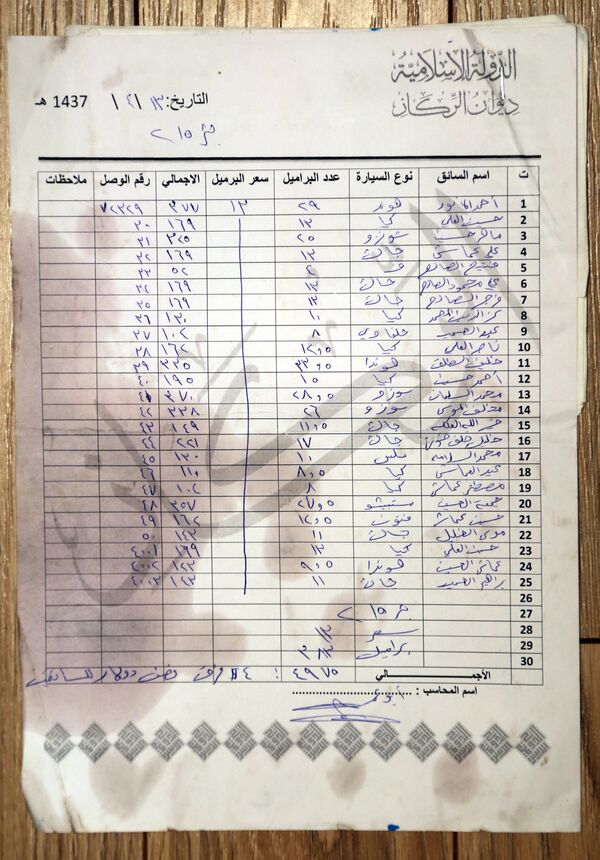 A document dated January 23, 2016 stipulates that a barrel of crude oil extracted from the oil station of Kabiba was selling at $13. It confirms that throughout the day 383 barrels were extracted and sold for $4979.
© RT

One document in particular, dated January 23, 2016 stipulates that a barrel of crude oil extracted from the oil station of Kabiba was selling at $13. It confirms that throughout the day 383 barrels were extracted and sold for $4979. 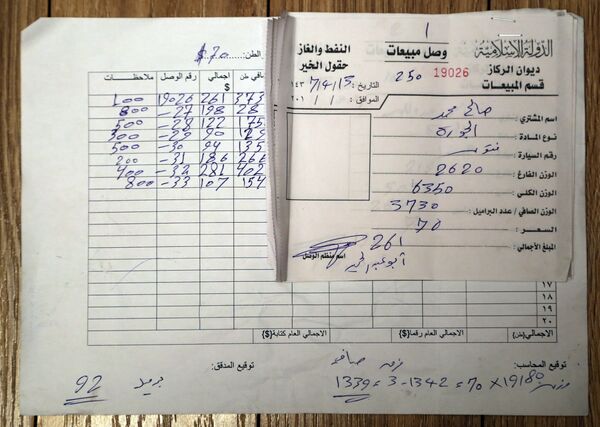 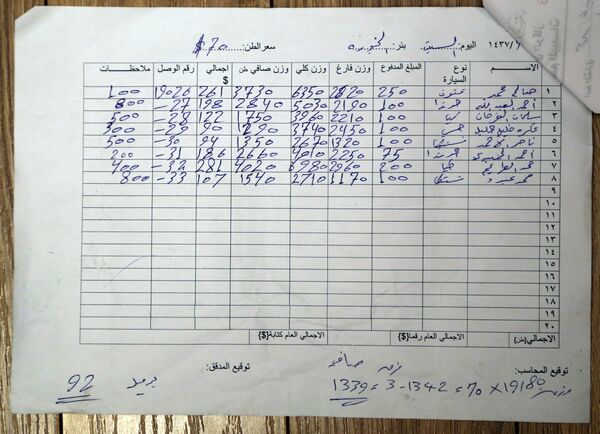 Among other papers left in a hurry were Islamic propaganda literature, religious notes and data on various punishments for alleged misbehavior.

The Syrian Daesh fighter said that he had been fighting against the Kurds alongside Turkey, citing the well-known slogan “the enemy of my enemy is my friend.”

The Saudi fighter revealed that he had easily crossed the Turkish–Syrian border and confirmed that all the supplies that they needed had been coming over from Turkey.

The Turkish serviceman also confirmed how easy it was to cross the border and said that his commander instructed him to flee to Turkey if ever he was wounded or got surrounded. He also commented at length on the Erdogan’s policy, his ties with Daesh and the illegal oil trade.

Their comments were confirmed by a bunch of leftover passports and other IDs shown by a YPG officer. All of them had a Turkish entry stamp.

Among other documents discovered by the crew is a manual, entitled “How to wage an ideal fight against the criminal Assad regime.” The manual was apparently issued and printed in Istanbul, Turkey, as it has the Turkish address, phone numbers and Facebook page in the lower right-hand corner. 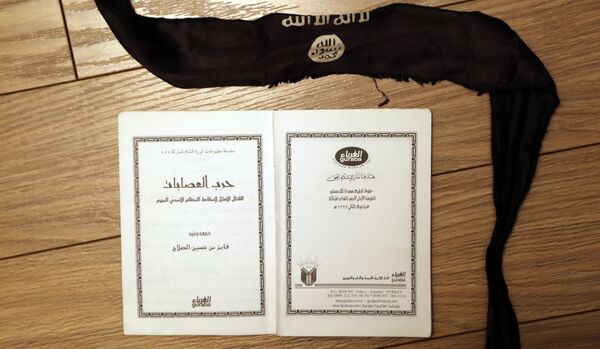 A suicide bomber's head-band and a manual, entitled “How to wage an ideal fight against the criminal Assad regime” found in an office of one of the Daesh jihadists in Shadadi.
© RT

The manual was found in one of the hospitals of Shadadi, which Daesh fighters kept holding even after the rest of the town was liberated.

Along with the manual, a suicide bomber's head-band was found in an office of one of the Daesh jihadists in Shadadi. 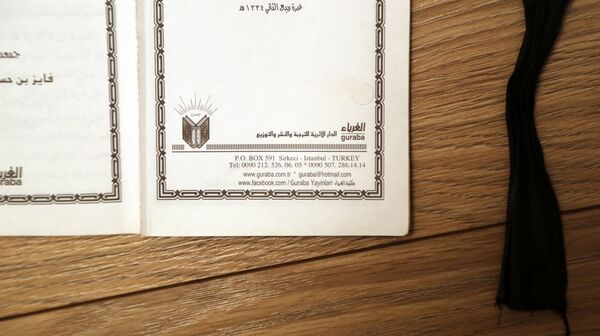 The manual was apparently issued and printed in Istanbul, Turkey, as it has the Turkish address, phone numbers and Facebook page in the lower right-hand corner.
© RT
Newsfeed
0
Access to the chat has been blocked for violating the rules . You will be able to participate again through:∞. If you do not agree with the blocking, please use the feedback form
The discussion is closed. You can participate in the discussion within 24 hours after the publication of the article.
To participate in the discussion
log in or register
loader
Chats
Заголовок открываемого материала