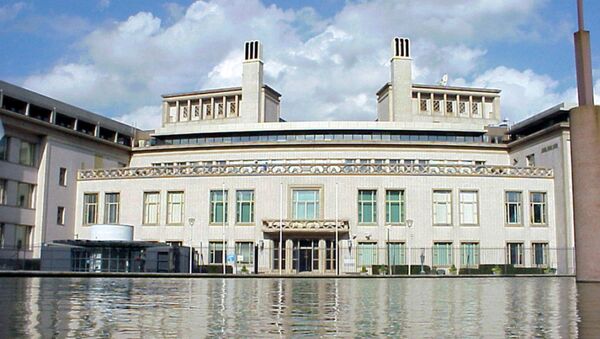 BELGRADE (Sputnik) – Former President of the Republika Srpska, Radovan Karadzic, expects to be acquitted at the International Criminal Tribunal for the former Yugoslavia (ICTY) in the Hague on a range of charges related to the 1992-95 Bosnian War, his brother told Sputnik on Wednesday.

Yugoslavia, Interrupted: A European Success Story Ruined by NATO Invasion
The ICTY is expected to render its judgment in Karadzic’s nearly seven-year case on Thursday.

"I spoke with him by phone. He is fine. He said he is not worried and expects an acquittal. According to my brother, the court has no evidence against him, and that is true," Luka Karadzic said.

Asked to offer his own views, Luka Karadzic said "we fear the worst scenario, given the fate awaiting Serbs at the tribunal and that of Croatian and Muslim generals," naming the trials and subsequent acquittals of Ante Gotovina and Naser Oric.

Ukraine Heading for Yugoslavia Scenario – Polish Media
Karadzic, who has been on trial since 2009 for his alleged role in the war, faces charges on 11 counts of crimes against humanity, breaching the Geneva Convention and genocide.

The former leader is claimed to have overseen the massacre of an estimated 8,000 Muslim men and boys after Serbian forces overran the Bosnian town of Srebrenica in July 1995.

ICTY and the Bosnian courts have issued a number of convictions for crimes in Srebrenica in the post-war years. ICTY considers the massacres of Bosnian Muslims to be the responsibility of two political leaders of Bosnian Serbs from that period: Karadzic, and General Ratko Mladic.