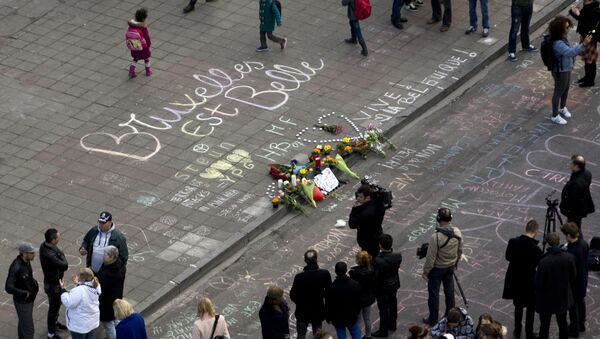 “The only thing we can say for the moment is that we have slightly more than 10 people that have died from the attacks at the Brussels airport and 100 that have been injured. For the subway we have about 20 persons that have died in the accident this morning and about 130 persons who are injured,” the spokeswoman said.

The spokeswoman added that the Belgian authorities did not have a definitive number of the attacks' victims, "because people are still in the hospital and have been evacuated so it’s been very hard to confirm or to say something about this."

"There are more soldiers in Brussels. We have 225 extra soldiers for the moment in Brussels," she said.

She pointed out that the country's borders remain open but the security measures there had been reinforced.

Meanwhile, the victims of a series of blasts in the Belgian capital have yet to be identified, Brussels City Mayor Yvan Mayeur said Tuesday.

Three Days of Mourning Declared in Belgium After Deadly Terrorist Attacks
"The victims have not been identified yet. It will take considerable time," the mayor told reporters in Brussels.

According to Mayeur, Brussels is now in the same situation as Paris was in November 2015.

A series of blasts hit Brussels' Zaventem airport and a city metro station, killing at least 34 people and injuring almost 200 others. The Belgian authorities are treating the explosions as part of a coordinated terrorist attack. 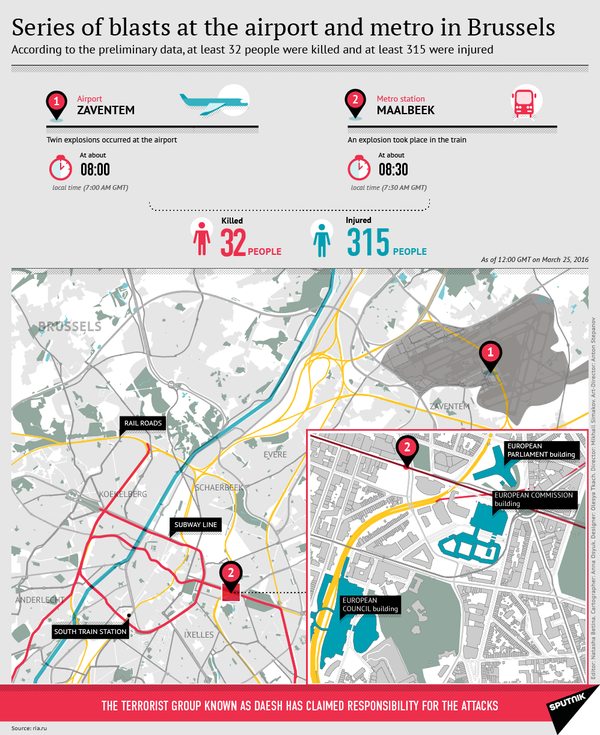