Cabin Pressure: Its Not Just the Pilots Who Need to See a Psychiatrist 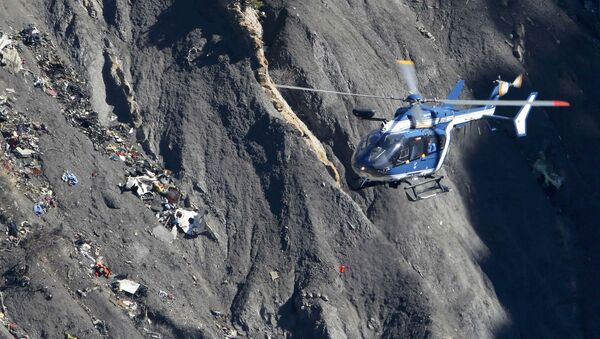 © REUTERS / Gonzalo Fuentes
Subscribe
While commercial pilots should be subject to more stringent medical checks, as military pilots are, if they are expected to be tested psychiatrically then so should other people who are responsible for flight safety, Captain Desmond Ross, Vice-President of the International Aviation Security Management Association told Sputnik.

The French investigators into the Germanwings plane crash have made sensible recommendations to increase the medical supervision of commercial pilots, but carrying out extra psychiatric checks raises questions about who else should be supervised, Captain Desmond Ross, the Asia Pacific Vice-President of the International Aviation Security Management Association told Radio Sputnik.

​"If you're a military pilot, you're required to undergo regular and quite stringent medical checks and the medical officer in the air force that you're flying with will decide whether you’re fit to fly or not and you will be grounded if he does not think that you're fit to fly. I think that the same rules should apply to civil pilots," Ross said.

On Sunday the French crash investigation agency, the Bureau d’Enquêtes et d’Analyses (BEA), released its final report into the tragedy, which occurred when Germanwings pilot Andreas Lubitz deliberately crashed an Airbus A320 plane carrying 149 passengers and additional crew into the French Alps in March 2015.

Doctor Recommended Germanwings Pilot's Hospitalization 2 Weeks Before Crash
They have recommended clearer guidelines on medical confidentiality so that doctors can express their concerns about a pilot or other employee without fearing they will lose their job for violating this confidentiality.

In addition, they also recommend measures to encourage pilots to be honest about their health problems, without fearing they will lose their job. Andreas Lubitz had consulted dozens of doctors in the weeks before the crash, one of whom had found that his symptoms "could be compatible with a psychotic episode."

"It’s just a reality of life. If your wear glasses, if you have an eyesight problem; your license [stipulates] that you must wear glasses while you are exercising the privileges [associated with] the license."

"There are certain other medical conditions which can be endorsed as well, why not mental health? Really, the [mental health professional] who examined Andreas Lubitz must be having some sleepless nights about whether or not he should have said something."

Germanwings Crash: Victims' Families Reject Measly Compensation Offer
Ross said that to his knowledge, no specific psychiatric checks are currently carried out on pilots, but most medical examiners are very experienced professionals and air travel has a constant "cross checking system."

For example, there have been cases where a co-pilot noticed the pilot had alcohol on his breath and stopped him from flying, Ross said.

"The difficulty is, we focus on the pilots all the time when these things happen, but if you're going to start doing psychiatric checks on the pilots because you’re worried that they might take some action during the flight that will endanger the aircraft, then frankly you've got to start doing the same checks on the cabin crew, on the flight engineers, on the aviation security personnel at the airport."

"You can’t just stop with the pilots once you open the door and start doing this sort of thing; you really have to look at all the people who have an operational responsibility who could influence the safety of the flight."

"That comes down to the engineers on the workshop floor, who may decide they leave a bolt loose one day just to see what happens. There are so many areas, you're opening a real Pandora's box if you start to do this."