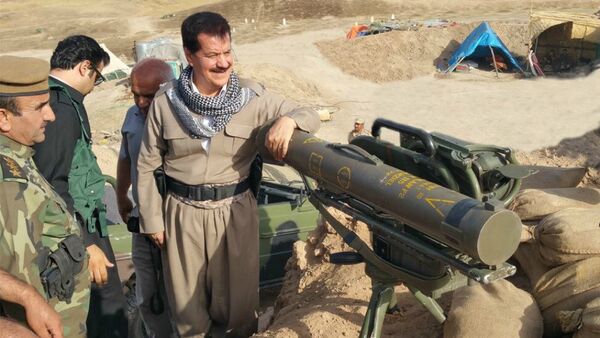 "Daesh fighters planned to blow up booby-trapped cars around where our units were located, but Peshmerga forcess prevented the terrorist attack," Kerküki told Sputnik Turkiye.

Iraqi Kurds Delegation May Ask for Russian Military Aid to Fight Daesh
He added that of the six Daesh fighters planning the attack, one blew himself up, while the rest were killed by Peshmerga soldiers.

"Clashs between Peshmerga and Daesh jihadists continue in the Kirkuk area from time to time. We intend to continue fighting until we completely cleanse Kirkuk and the surrounding countryside of terrorists," he told Sputnik Turkiye.

Kerküki added that five Peshmerga soldiers were wounded as a result of the attack, in which several explosives-laden cars used by Daesh fighters were destroyed.