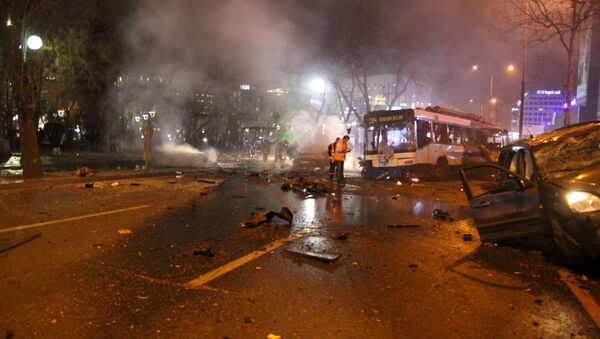 MOSCOW (Sputnik) — Prime Minister of Turkey Ahmet Davutoglu convenes an urgent meeting of the Security Council on Sunday over the deadly explosion in central Ankara, the NTV broadcast reported, citing a source in the prime minister's office.

Earlier in the day, a major blast hit Guven Park in central Ankara. Local authorities confirmed that some 27 people were killed and 75 injured in the explosion.

According to preliminary police data, the blast was caused by a car bomb, which exploded while the car was parked in between two buses.