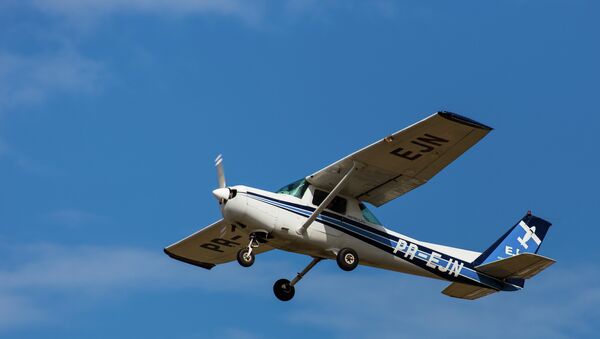 Bolivia to Create National Atomic Energy Agency For Cooperation With Russia
According to Santa Ana police officer Mauricio Soto, the white and orange colored Cessna 206 crashed at around noon near the entrance of the market square and caused a major fire filling the area with smoke.

As Mauricio Soto explained, all four members of the plane crew died, along with three market visitors. Fifteen people were injured.  The deceased pilot was identified as Jose Elies Nacif, an alleged drug trafficker, according to Paraguayan newspaper ABC.

​A local TV channel "Cadena A" journalist Victor Centeno said that "the accident happened in the heart of the city, after noon, at the time when many people go shopping. The accident caused a big panic in the city."

​The Cessna 206 is a small American airplane, manufactured between 1964 and 1985, and is still widely used in areas without sufficient runways are present.