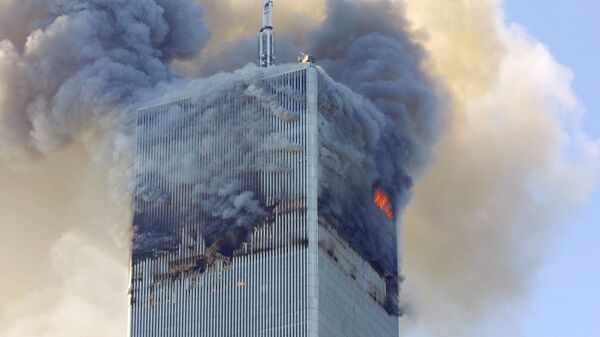 © AP Photo / David Karp
Subscribe
International
India
Africa
Iran was ordered by a New York City judge to pay more than $10.5 billion in damages to the families of those killed in the September 11, 2001 terrorist attacks, Bloomberg reported.

Terror Attacks Renew Calls to Declassify Infamous '28 Pages' of 9/11 Report
US District Judge George Daniels ruled on Wednesday that Tehran must pay $7.5 billion to the families of people who died at the World Trade Center and the Pentagon. Daniels also awarded $3 billion to a group of insurers that paid property damage, business interruption and other claims.

The judge said that Iran had provided active support to the terrorists who killed almost 3,000 people in three terrorist attacks in New York, Washington and in Pennsylvania.

He also found that Iran had failed to defend claims that it aided the September 11 hijackers and was therefore liable for damages tied to the attacks.

But how about the “innocent until proven guilty” principle? Moreover, Iran never participated in any court hearings regarding the tragic events of that fateful day in September 2001.

Hossein Sheikholeslam, a senior aide to Iran’s parliamentary speaker outlined Tehran’s position on the issue in an interview with Sputnik Persian.

“I never heard about this ruling and I’m very much surprised because the judge had no reason whatsoever to issue such a ruling…  Iran never took part in any court hearings related to the events of September 11, 2001. Even if such an absurd and ridiculous decision has been made, the charges simply hold no water because Iran has never been mentioned at any stage of the investigation and the trials that followed,” Hossein Sheikholeslam said.

The investigation was partly secret but, judging by what was made public, the main suspect was Saudi Arabia, not Iran since all the masterminds were either Saudi nationals or lived and studied in Saudi Arabia, he added.

“All this looks like another evil joke by the Americans,” Hossein Sheikholeslam said in conclusion.

Iran Press Editor-in-Chief  Emad Abshenas, dismissed the ruling as arguably the most stupid and ludicrous in  the history of US courts.

“The people who committed those terrorist attacks were  neither friends nor allies of Iran. They were our sworn enemies, members of al-Qaeda, which considers Iran as their enemy. Fifteen out of the 19 terrorists were Saudi citizens, which happens to be America’s best friend. The remaining four terrorists lived in Saudi Arabia and enjoyed Saudi support. Therefore the perpetrators of the 9/11 attacks had nothing to do with Iran,” Emad Abshenas emphasized.