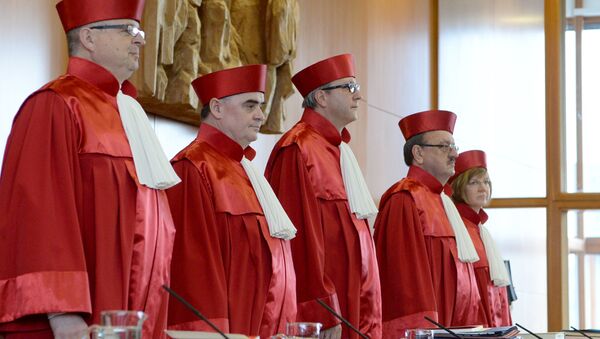 A landmark hearing has kicked off in Germany's top court as part of efforts to ban a far-right neo-Nazi political party more than a decade after the first attempt failed.

Germany's upper house of parliament have taken the case against the National Democratic Party (NPD) to the Constitutional Court, arguing the anti-immigrant group are a threat to the country's democratic order and are at odds with Germany's constitution. 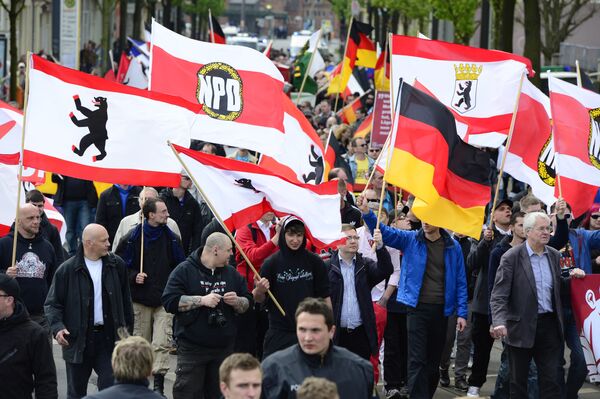 While there has been popular support in the mainstream and from Germany's political establishment to ban the NDP, others fear the attention given to the group will merely result in an increase in support, as anti-refugee sentiment rises in some parts of the country.

Constitutional court chief justice Andreas Vosskuhle opened the hearing on Tuesday by saying that there are many obstacles involved with banning a political party, noting that it had been 60 years since a political group was stripped of its right to operate in Germany. 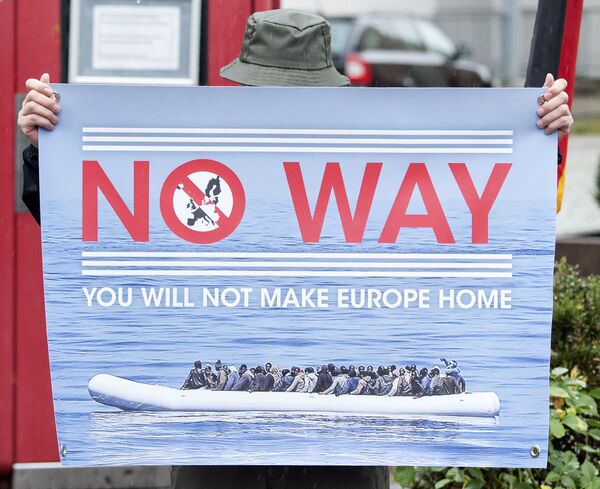 He said any decision to ban a party "is a sharp and double-edged sword that must be used with great caution," noting that "it limits freedom in order to preserve freedom."

In order for the party to be banned, six out of the eight judges need to agree on a prohibition, while the hearing is expected to last three days.

Opponents of the group must prove that the NDP is unconstitutional given its neo-Nazi views, is a threat to the country's democratic order and exhibits an "aggressive and combative attitude."

Oops, German Far Right Party Gets Its Message Wrong
The upper house is also hoping to prove the group, who have organized anti-immigrant demonstrations and been accused of intimidating opposition political figures, is guilty of "creating a climate of fear" in Germany and "shares essential characteristics" with the Nazis.

The party, which was founded in 1964 from supporters of the neo-fascist German Reich Party, recorded just 1.3 percent of the national vote in Germany's 2013 elections and have never scored above the 5 percent threshold required to enter national parliament.

However, the NDP is represented in the state assembly in Mecklenburg-Western Pomerania in Germany's east, with critics arguing that the extra attention given to the group will help to boost its support and membership, which currently stands at about 5,200.

The group also has one seat in European Parliament, with MEP Udo Voigt once describing Adolf Hitler as a "great statesman" in a newspaper interview.

The legal challenge comes more than a decade after another bid to have the group banned was rejected in 2003, after it was ruled that the presence of undercover informants in the NDP compromised evidence against the party.

While ministers and intelligence organizations say all 11 undercover officials are longer in operation within the NDP, it is thought the group will base its defense on claims "agent provocateurs" are still within the organization.