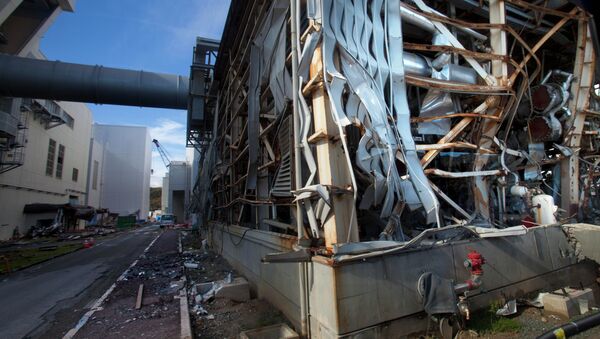 The 2011 Fukushima nuclear disaster in Japan served as a lesson for nuclear power plants in other countries to continue improving safety measures against natural disasters, an Organization for Economic Co-operation and Development (OECD) Nuclear Energy Agency (NEA) report said.

MOSCOW (Sputnik) – The NEA issued its nuclear plant safety report on Monday ahead of the fifth anniversary of the March 11, 2011, earthquake and tsunami that caused a partial meltdown in several of the Fukushima Daiichi’s reactors.

"The timely implementation of NPP operating experience is a continuous challenge for both regulators and operators. The challenge is to identify precursor events and the subsequent lessons learnt, and then to implement the related actions to enhance plant safety and prevent recurrence," the report stated.

First Case of Cancer Triggered by Fukushima Recovery Confirmed in Japan
The accident "did not reveal any unknown initiators, sequences or consequences," it added.

"However, the combination and the severity of initiating events had never occurred before, and the evolution of the accident in three different units simultaneously was also new," the NEA said.

The report’s publication coincided with the indictment of three former Tokyo Electric Power Company executives for failing to predict that the tsunami would reach the nuclear power plant and for failing to take appropriate safety measures.

The earthquake and tsunami that led to the Fukushima accident killed over 15,000 and is considered the world’s worst nuclear disaster since Chernobyl.