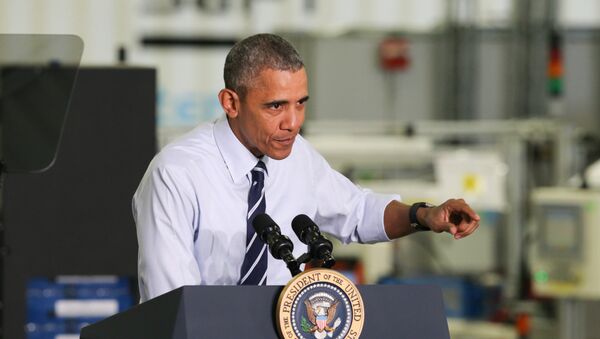 Europe's continuing defense budget decreases together with challenges to stability in the modern world show that Barack Obama's administration has gone against common sense by challenging Russia.

European Union countries do not take the idea of "Russian aggression" seriously, instead preferring to shift the burden of defense spending on the United States, Polish security researcher Adriel Kasonta and former international affairs chief at the British Conservative Party think tank Bow Group wrote in the National Interest.

Mostly responding to an article by financier George Soros, Kasonta noted that the US would need to cooperate with Russia in Syria to resolve the issue.

"Despite great fears of further Russian aggression, European military spending has dropped in each of the past three years, according to the NATO 2015 annual report—which means that Europeans are not really that worried about the threat from Russia," Kasonta wrote.

EU Leaders Ask for Increased US Military Presence on Continent 'Every Day'
"Instead, they demand that America play Don Quixote, defending them from the windmill that seems to be a ferocious giant," he added.

Kasonta cited Henry Kissinger, who said in February that "today threats more frequently arise from the disintegration of state power and the growing number of ungoverned territories."

In this sense, wrote Kasonta, the Obama administration's moves to increase troop presence in Germany contradict not only Kissinger's words, but also Europeans' own motives, which EU countries expressed by reducing their defense budgets.