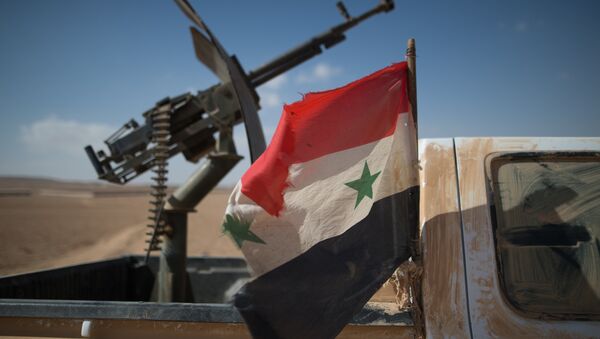 The Syrian opposition High Negotiations Committee(HNC) said on Friday that nearly 100 rebel groups have agreed to the recently negotiated Russian-US ceasefire in the Arab republic.

Russian Anti-Terror Campaign to Continue After Syria Ceasefire Takes Effect
MOSCOW (Sputnik) – As co-chairs of the International Syria Support Group (ISSG), Moscow and Washington announced a plan for a ceasefire between the Syrian government and rebel forces starting this Saturday.

The ceasefire does not apply to Daesh jihadist group or other designated terrorist organizations, including al-Nusra Front.

"The HNC confirms the acceptance among the Free Syrian Army and the armed opposition to adhere to a temporary truce starting at midnight on February 27 for the duration of two weeks," the HNC said in a statement.

The agreement was reached after "negotiations with 97 opposition groups," the committee said, without naming the exact rebel forces.

Earlier this week, Russian Deputy Foreign Minister Gennady Gatilov told RIA Novosti that Russia and the United States were in talks over the preparation of the draft UN Security Council resolution. The draft will reportedly be put up for a vote on Friday.

On Monday, the United States and Russia, the co-chairs of the International Syria Support Group (ISSG), announced a plan for a ceasefire between the warring parties in Syria to go into effect on Saturday, February 27. The agreement has been approved by the other 17 members of the ISSG.