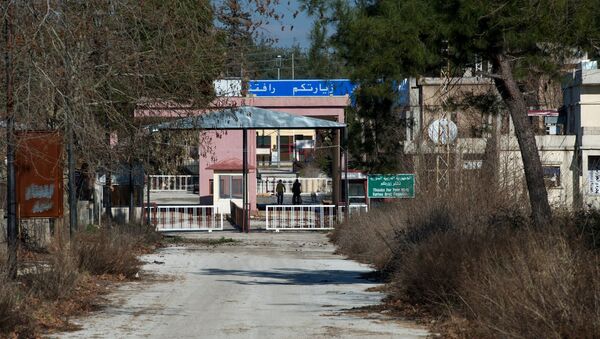 Ankara realized the disadvantages of having a porous border in the light of the Daesh threat and has significantly tightened border controls, Turkey's former foreign minister told Sputnik.

MOSCOW (Sputnik) – Turkey had realized the danger of allowing Daesh jihadists take advantage of the slack border control with Syria and has taken drastic actions to correct this, a former Turkish foreign minister told Sputnik on Thursday.

"At the beginning, Daesh benefited from the Turkish authorities' lack of strictness in relation to controlling its borders. They went back and forth across the borders, and they brought their wounded people for medical care etc. But Turkey has understood what a big danger it was to let Daesh do this," Yasar Yakis said on the sidelines of the Valdai International Discussion Club in Moscow.

He added that by now, Ankara has already significantly tightened the controls on its border with Syria.

Turkey Unable to Prove That Syrian Kurds Behind Ankara Attack - Former FM
Syria has been mired in civil war since 2011, with the country’s government fighting multiple opposition factions and extremist groups, including Daesh, which is prohibited in many countries, including Russia.

Damascus, as well as several members of the US-led anti-terror coalition, has already accused Turkey of having poor border controls along its southern border, which has allowed extremists to enter Syria.