Canadian Fighter Jets and Personnel to Deploy in Romania for Training 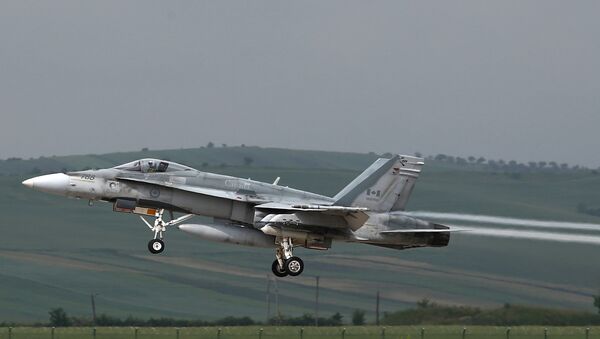 "This exercise continues to build on the strong relationship between Canada and Romania, an important NATO ally, strengthening our mutual confidence in using common NATO procedures," the release quoted Canadian Defense Minister Harjit Sajjan as saying on Thursday.

The announcement made no mention of Russia. However, NATO has been increasing its military presence in Europe since 2014, especially in eastern European nations bordering Russia, reflecting jitters among alliance members over Moscow’s alleged involvement in Ukraine.

Russia has repeatedly refuted any allegations of interfering in Ukraine’s internal affairs, and moreover has warned the United States and NATO their amassing of troops and weapons on Russian borders is provocative and may disturb regional and global stability.

Earlier this week, NATO announced the creation of a 40,000-strong rapid-response force, which it claims is needed to defend European state’s borders with Russia.