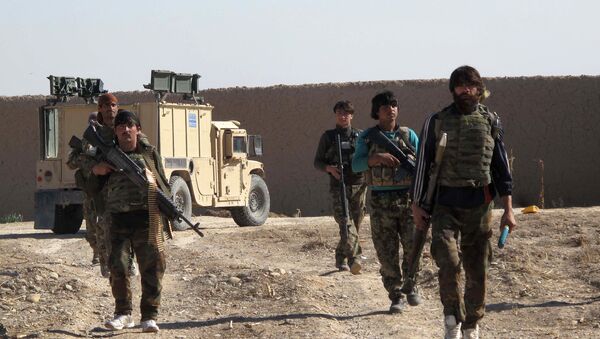 © AFP 2022 / Noor Mohammad
Subscribe
Fourty-one fighters of the Daesh jihadist group have been killed in both ground and aerial operations of the Afghan army in the eastern part of the country, local media reported on Wednesday.

Daesh vs. Taliban: Afghanistan Between Devil and Deep Blue Sea
MOSCOW (Sputnik) — According to the Khaama news agency, foreigners and a local commander of the group were among those killed during the operation in the Achin District of Afghan Nangarhar province on Tuesday. The airstrikes have destroyed the militants' hideout.

The anti-terrorist operation dubbed Shaheen 18 was reportedly launched in the area last week.

Afghanistan is in a state of political and social turmoil, with the long-standing Taliban insurgency continuing in the country, while other extremist groups, such as Daesh, outlawed in many countries including Russia, have expanded their activities there also.