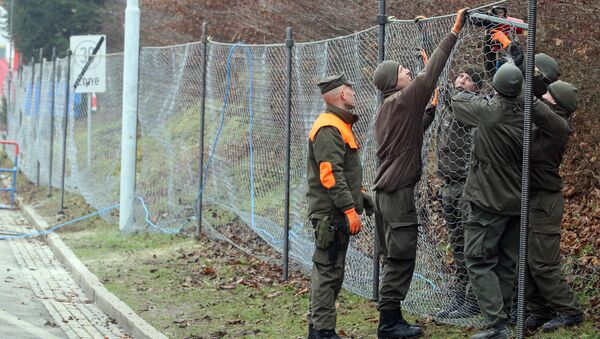 Refugee Problem Could Become 'Issue of Survival' for EU - Austrian Official
MOSCOW (Sputnik) — Austria has earlier placed daily limits on the number of people entering their territory and the number of asylum applications.

"Austria is in favor of strengthening border controls along the "Balkan route' and offers support for Macedonia in the form of troops," Doskozil said before a meeting with the ministers of the Balkan countries, as quoted by Der Spiegel magazine.

A ministerial conference on the migrant crisis is taking place on Wednesday in Vienna with the leaders of Western Balkan states in attendance.

Europe is currently struggling to cope with a massive refugee influx, with thousands of refugees and migrants fleeing conflict-torn countries of the Middle East and North Africa in search of safety and refuge.