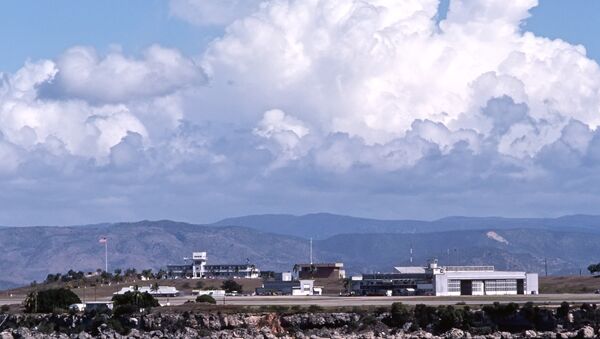 US Senator Jim Inhofe claims that Obama may have sought better relations with Cuba in order to assist his proposal to close the Guantanamo Bay detention center located on the US navy base in Cuba.

Pentagon’s Guantanamo Closure Plan Has US Administration’s 'Full Support'
WASHINGTON (Sputnik), Leandra Bernstein — President Barack Obama may have sought better relations with Cuba in order to assist his proposal to close the Guantanamo Bay detention center located on the US navy base in Cuba, US Senator Jim Inhofe told Sputnik.

"That is probably why he was in a hurry to do some of the Cuba [reconciliation], because it might facilitate that, help him with that legacy," Inhofe said on Tuesday of Obama’s efforts to close the detention facility.

Inhofe, who serves on the Senate Armed Services Committee, argued that the closure of the detention center is part an attempt by Obama to "try to fulfill his legacies" in the final year of his presidency.

On Tuesday, the Department of Defense submitted to Congress a four-point plan to close the Guantanamo Bay detention facility.

Obama has vowed to close the detention center since taking office in 2009.

In the past year, the United States and Cuba reestablished diplomatic ties after 50 years of non-engagement and hostilities. In the course of renewing ties, Cuban leaders have repeatedly demanded the United States return the base at Guantanamo Bay to Cuba.

Inhofe argued that he "seriously doubts" the Obama administration wants to work with Congress on closing the facility.

The senator advocates keeping the detention facility open, citing as a reason the 30 percent recidivism rate among released Guantanamo detainees, and because "there is no longer any complaint as to [their] treatment."