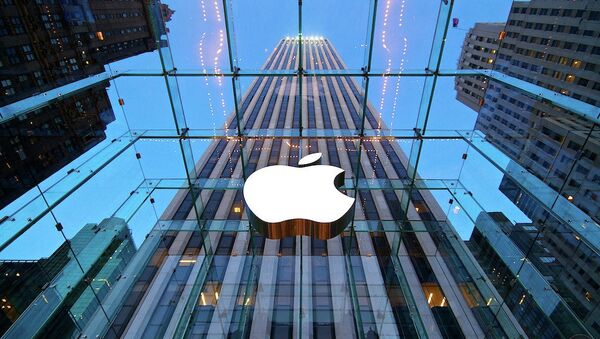 © Flickr / Andy
Subscribe
Apple, refusing to meet the US Federal Bureau of Investigation’s (FBI) demand to unlock the iPhone of one of the San Bernardino terrorists, called on the US government to convene a special panel to discuss implications the claim may have.

Apple's Refusal to Unlock CA Shooter's Phone is a Marketing Move - US DoJ
MOSCOW (Sputnik) — On December 2, an Islamic couple — US-born Syed Rizwan Farook and his Pakistani wife Tashfeen Malik — attacked the Inland Regional Center in San Bernardino killing 14 people and injuring more than two dozen others. On February 16, a California judge ordered Apple to help the FBI break into the Farook's phone despite Apple's resistance.

"We feel the best way forward would be for the government to withdraw its demands under the All Writs Act and, as some in Congress have proposed, form a commission or other panel of experts on intelligence, technology, and civil liberties to discuss the implications for law enforcement, national security, privacy, and personal freedoms," Apple said in a public answer to customers' questions.

The company said it "would gladly participate in such an effort."

On Wednesday, Apple CEO Tim Cook said in a public letter that he would not comply with a California judge’s order. Cook explained the FBI had asked Apple to build a new version of the iPhone operating system and software that would allow authorities to unlock any iPhone in someone’s physical possession through a "back door."