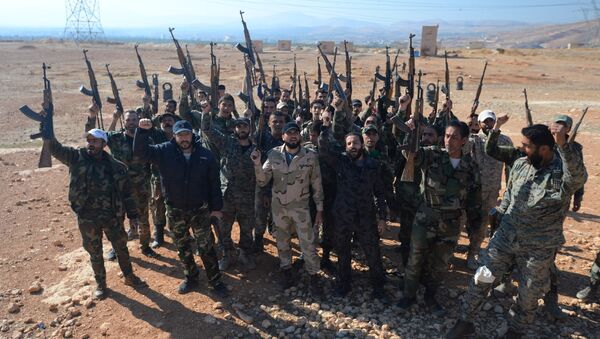 Russian-backed Syrian Democratic Forces have advanced against Daesh positions in Eastern Syria, and have moved to cut the group off from access to strategically important roads to Deir ez-Zor.

Syrian Kurds Against Assad’s Forceful Overthrow - Kurdish Int'l Union
Units of the Syrian Democratic Forces (SDF), which Russia backs with airstrikes, have retaken some 47 villages in an advance on the city of ash-Shaddadi in northeastern Syria, a source told al-Mayadeen television.

Ash-Shaddadi is a key town for Daesh, which allows the group to transport forces to fight both Syrian army and SDF positions in Hasakah province, and transfer more forces to Deir ez-Zor, where the Syrian army battles Daesh with Russian support. It is also a major oil-producing area.

​The SDF has continued battling Syrian rebels, particularly al-Nusra Front and Ahrar al-Sham in western Syria. The Turkish military has attacked the SDF positions with artillery, particularly in the town of Afrin, the group's local capital.