Beijing Within Its Rights to Deploy Air Defense Missiles in S. China Sea 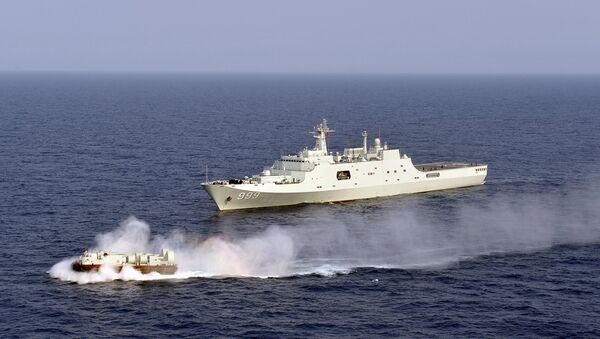 Any move by China to deploy defensive missiles on islands in the Paracel chain in teh South China Sea would be well within its rights, founding president of Physicians for Social Responsibility and the co-winner of the 1985 Nobel Peace Prize Helen Caldicott told Sputnik.

WASHINGTON (Sputnik) — Helen Caldicott is an Australian physician and has been one of the world’s leading anti-nuclear activists for more than 40 years.

"The Chinese have every right to deploy missiles on their own territory given the severely provocative moves by the United States in their area of the world," Caldicott stated on Thursday.

Caldicott argued Beijing’s move had to be understood in the context of its concern that Washington had continued to surround China with major military bases, packed with offensive weapons systems.

"The United States is in the process of ringing China with anti-missile bases as if the whole world belongs to them."

She is author of many books, including "The New Nuclear Danger: George W. Bush’s Military Industrial Complex." The Smithsonian Institution has named Caldicott one of the most influential women of the 20th century.