Number of US Tourists to Cuba Increases by 54% 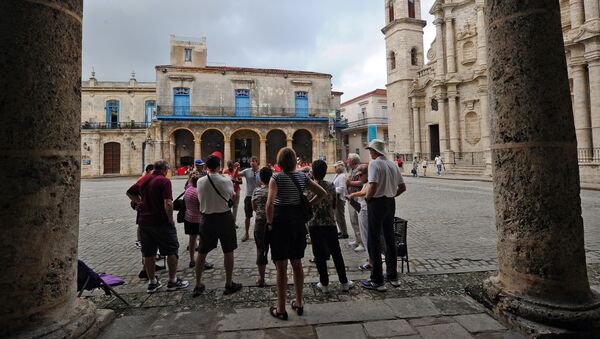 US Deputy National Security Advisor Ben Rhodes said that the number of Americans visiting Cuba increased by 54 percent since Washington announcement to re-establish diplomatic relations between the United States and Cuba.

WASHINGTON(Sputnik) — Cuba has seen a significant influx of tourists from the United States following the announcement to re-establish diplomatic relations between the two countries, US Deputy National Security Advisor Ben Rhodes told reporters on Thursday.

"There has been a 54 percent increase in the number of Americans visiting Cuba since that announcement," Rhodes said in a briefing.

President Obama, First Lady to Visit Cuba in March - White House
In December 2014, President Barack Obama announced the United States would normalize relations with Cuba. The two countries reopened embassies in their respective capitals in July 2015 after more than 50 years of hostilities and non-engagement.

Moreover, the United States extended the list of citizens eligible to visiting the Caribbean island nation.