US Citizens Attitude Toward Russia Improves Since 2015 - Poll 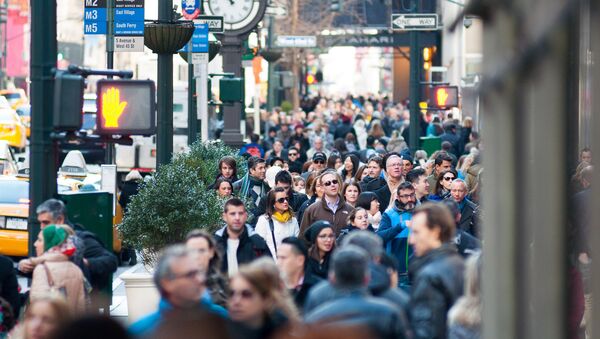 According to a Gallup poll, the attitude of US citizens toward Russia has changed for the better compared to 2015.

Major Increase in NATO Funding to Worsen US, Russia Tensions - Russia Envoy
MOSCOW (Sputnik) – The attitude of US citizens toward Russia has changed for the better compared to 2015, with three Americans out of 10 having a favorable opinion of Russia, a Gallup poll revealed on Thursday.

"After reaching a new low in 2015, Americans' impressions of Russia have recovered somewhat this year, with 30% viewing the country favorably versus 24% in 2015," Gallup stated in a press release accompanying the poll.

According to the poll, 65 percent of those US citizens surveyed, or five percent less than in 2015, view Russia unfavorably.

Forty-three percent of US citizens aged between 18 and 34 have a favorable impression of Russia, the highest rating compared to other age groups.

The highest favorable ratings were recorded by Gallup in 2002, when two-thirds of Americans surveyed had a favorable overall opinion of Russia.