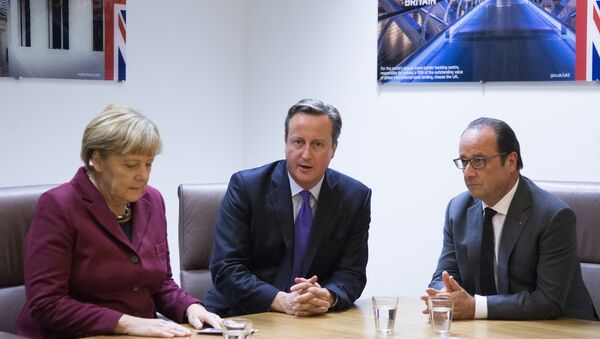 The leaders of the 28 EU member states are facing one of the most challenging crises since its creation over the migrant crisis which has caused complete anarchy within Europe, disagreements over the way forward for the Eurozone and fears of the potential knocks-ons from a Brexit.

For EU's Sake! Germany Must Deport Refugees, Says Finance Minister
The European migrant crisis has set country against country and has shaken to the core one of the central pillars of the EU: the freedom of movement of people. Although migrants have been crossing into Europe for several years — fleeing war zones and persecution in North Africa and the Middle East, the situation worsened massively in 2015.

German Chancellor Angela Merkel caused consternation by announcing in summer 2015 that her country's doors were open to refugees, which quickly swept round social media as an invitation for all displaced people in the Middle East and Africa to come to Europe.

The initial flows, through Greece and Italy saw hundreds die crossing the Mediterranean and the Aegean Seas leaving Athens and Rome totally overwhelmed with the crisis. 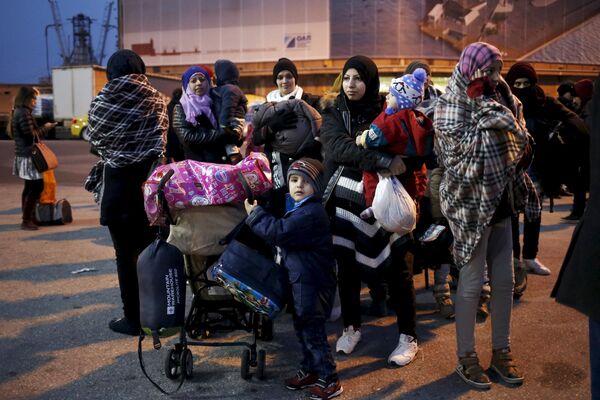 Refugees and migrants arrive aboard the passenger ferry Nissos Rodos at the port of Piraeus, near Athens, Greece, January 27, 2016.
© REUTERS / Alkis Konstantinidis

Plans to relocate refugees across Europe according to a mandatory quota system have met with stiff opposition and the EU has failed to make any serious inroads into a common immigration policy.

The Schengen borderless zone in Europe has been thrown into complete disarray with many EU member states erecting border fences or introducing border checks, in contravention of the principle of freedom of movement

The Visegen countries of the Czech Republic, Hungary, Slovakia and Poland, joined by Macedonia and Bulgaria are all threatening an iron curtain which would cut Greece off from the rest of Europe to stall the influx of refugees.

Meanwhile, the US$3.35 billion EU-Turkey plan to stem the flow through that country has hardly got off the ground.

Add to that the Eurozone crisis and the Greek bailout — which many still believe will still not work — with Greece in recession and the International Monetary Fund saying the bailout terms are "unsustainable."

Fears of #Grexit grow as #IMF and EU fall out over bailout program https://t.co/2UbDRXZ1ZZ #Greece pic.twitter.com/BcuElxrdHc

The harsh austerity terms imposed by its creditors have led to riots and demonstrations in Greece, which is struggling to cope with the refugee crisis as it is.

Cameron Rolls Dice in Biggest Gamble of His Political Career
The single currency is under pressure, with Professor Peter Bofinger, one of the five 'Wise Men' on the German Council of Economic Advisers, warning that plans to deal with another sovereign debt crisis within the Eurozone will see Italy, Portugal and Spain unable to defend themselves. Critics of the euro say a single currency requires a common fiscal policy, which is simply not the case in Europe.

Add to that the horse-trading going on trying to avoid the UK leaving the EU, going to the core of the whole European dream and you have the perfect storm. As EU leaders sit around the table at their summit Thursday and Friday, they will stare in the abyss knowing the EU is on the brink of collapse unless they can pull a rabbit out of the hat.