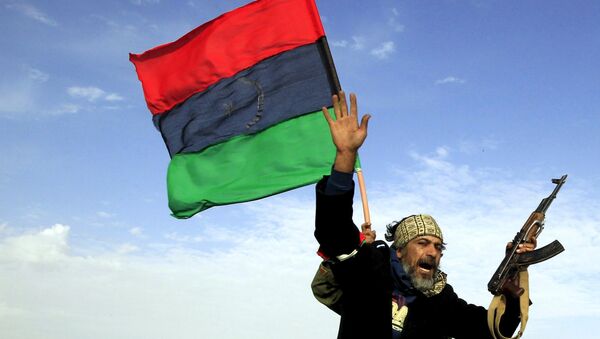 Five years after Libya's 'Day of Rage' protests, which triggered the fall of former leader Muammar Gaddafi, the hopes of many demonstrators for a better Libya have been dashed, with some lamenting that the situation is now far worse than it was five years ago.

Libyan Civil War Funded by Country's Own Central Bank
While the death of Gaddafi following NATO airstrikes was meant to unleash a new wave of democracy across Libya, the country has been constant turmoil ever since, with opposing groups and jihadists fighting for control.

Encouraged by similar uprisings in Egypt and Tunisia as part of the Arab Spring, thousands of protesters in Libya designated February 17, 2011 as a 'Day of Rage' to protest against the leadership of Muammar Gaddafi.

Following NATO airstrikes, headed by Britain and France, Gaddafi was overthrown and the National Transitional Council (NTC) was put in power in September 2011.

Five years on and Libya is caught between two rival governments, with the internationally recognized parliament forced into exile in the eastern city of Tobruk in 2014, following a military uprising from the rebel group known as 'Libyan Dawn', who have since set up parliament in the capital, Tripoli. 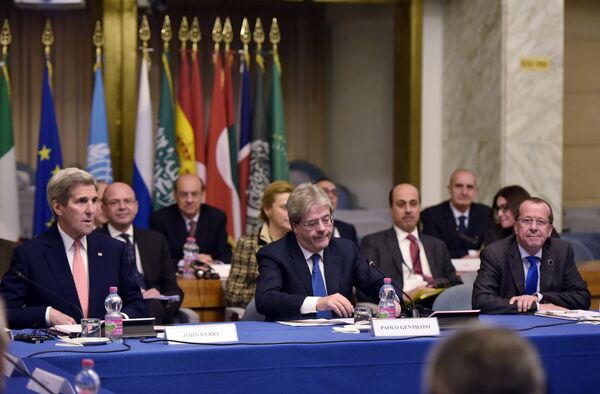 UN-led negotiations aimed at forming a unity government recently broke down after Tobruk-based parliamentarians rejected the deal offered to them.

#Libya's parliament doesn't seem to be in a hurry to vote the new government https://t.co/aMvLrP2e88

The protests sparked fighting between demonstrators and law enforcement groups loyal to Gaddafi. 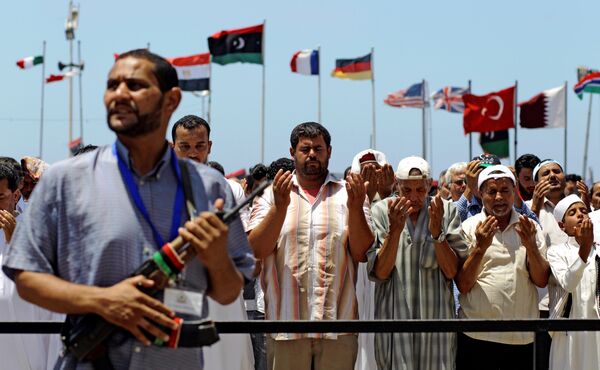 Fighting continued for eight months, which included the intervention of NATO airstrikes. Estimates suggest between 5,000-10,000 people died between February and October 2011.

Violence and chaos have been widespread in Libya since 2011, with the perceived lack of authority from the country's internationally recognized government eventually leading to a second conflict in 2014, which ultimately saw the government being forced into exile in Tobruk.

The fractured state triggered a power vacuum in Libya with a range of jihadist groups, including Daesh, also known as ISIL, seizing large swathes of land in the country.

While accurate figures are hard to ascertain, estimates suggest tens of thousands have died in Libya as a result of the conflict since 2011.

Following a UN Security Council resolution, a NATO coalition began its military offensive in Libya in March 2011, with the aim of supporting rebels against Gaddafi forces.

Chaos in #Libya is a result of '@NATO’s failed efforts to replace @UN' https://t.co/G2Nxen5jt0 #Gaddafi pic.twitter.com/5p74hArHa5

The intervention consisted of airstrikes and was taken in coordination with rebel fighters on the ground. Airstrikes stopped following the defeat of Gaddafi and the establishment of government.

A UN-led delegation is working to bring the Tripoli and Tobruk-based parliaments together under a unity deal.

Happy 5th anniversary of #Feb17 revolution. May there be peace, stability and prosperity across #Libya: https://t.co/wd0cA7HM1A

Critics have accused NATO powers of not having an exit plan in reference to the Libyan intervention, with the country descending into violence and fighting after the government was installed.