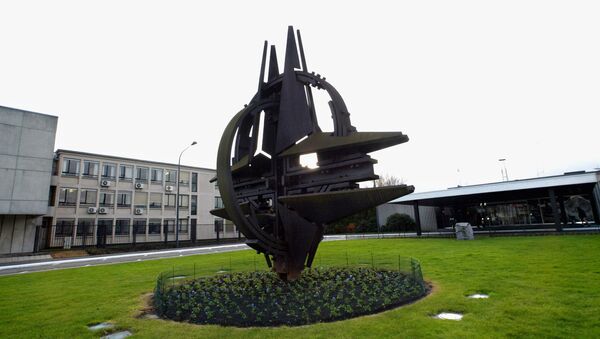 The North Atlantic Treaty Organization (NATO) does not exclude that its cooperation with Iran is possible in the future, NATO Secretary General’s Special Representative for the Caucasus and Central Asia James Appathurai, staying on visit in Azerbaijan, said Tuesday.

Infighting? NATO Members Ask Turkey to Stop Shelling Kurds in Syria
BAKU (Sputnik) — According to Appathurai, the agreement with Iran regarding its nuclear program is a right step toward possible cooperation.

"We have received no indication from Iran, there are no discussions within NATO about establishing relations. I don't exclude that it might happen at some point in the future," Appathurai said, as quoted by Azerbaijan's Trend News Agency.

In July 2015, Tehran and six international mediators — Russia, China, the United States, the United Kingdom, France and Germany — reached a historic deal on Iranian nuclear program, which is set to ensure the peaceful nature of Iran's nuclear program in exchange for the termination of anti-Tehran sanctions.

In mid-January, the sanctions were removed after the International Atomic Energy Agency verified Tehran’s compliance with the nuclear agreement. The move makes it possible for Iran to develop relations with different military-political and economic international entities and states, which have been frozen for decades.