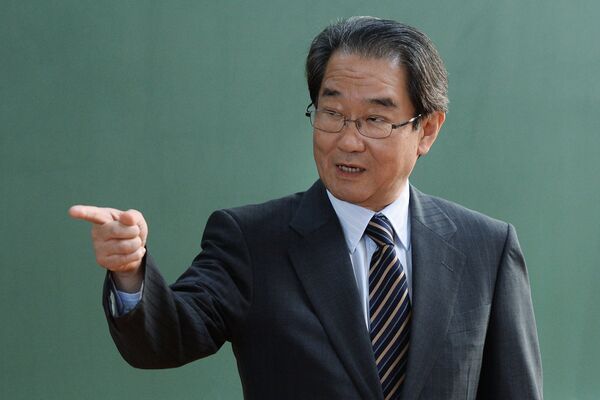 Russia, Japan Foreign Ministries Discuss 3rd Round of Peace Treaty Talks
TOKYO (Sputnik) — Earlier in the day, Russian Deputy Foreign Minister Igor Morgulov held a meeting with Harada. The two diplomats had an in-depth discussion of Russian-Japanese relations with an emphasis on political dialogue between the two nations, cooperation on trade and economics, as well as on security in the Asia-Pacific region.

"I think we managed to have an exchange of opinions, which has nourished the positive atmosphere for the further development of political dialogue," Harada told journalists following the five-hour meeting with Morgulov.

Russia-Japan Peace Treaty Issue Unrelated to Territorial Dispute - Lavrov
According to Harada, the diplomats did not discuss the terms of Russian President Vladimir Putin's possible visit to Japan, however, there was a discussion about a potential unofficial visit by Japanese Prime Minister Shinzo Abe to Russia before Putin's official visit.

Earlier in February, Japanese media reported that Abe could pay an unofficial visit to Russia between late April and early May.

Harada noted that during the consultations with Morgulov, they also exchanged views regarding the situation in Ukraine, Syria and on the Korean Peninsula. According to the diplomat, Tokyo urged Moscow to closely cooperate with it on the proposed UN Security Council resolution regarding North Korea's nuclear and missile tests.