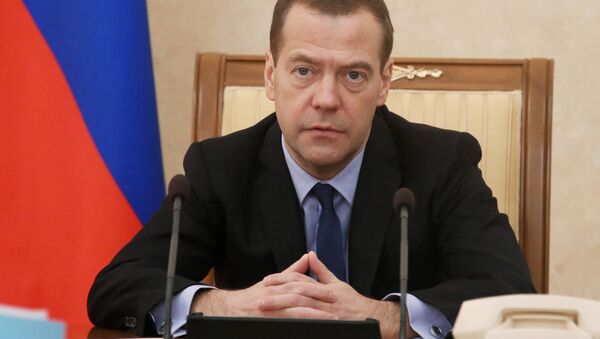 Russian Prime Minister Dmitry Medvedev said in an interview with Sputnik that he will outline Russia's position on European security at the upcoming security conference in Munich.

MOSCOW (Sputnik) — Medvedev represents Russia, alongside Foreign Minister Sergei Lavrov, at the Munich Security Conference taking place on February 12-14. More than 20 heads of state and dozens of officials from around the world are expected at the event.

"The Munich Conference is, first and foremost, a platform for discussion. I am going to Munich to outline Russia's position on the main issues of European security. And because today this concept includes many aspects – military, political, economic, humanitarian, ecological – I shall touch upon them all," Medvedev said.

The Russian prime minister hinted that everyone was likely to be aware of the main issues as they were widely covered by mass media.

"There are no safe havens left, while the word 'security' has become more of a wish rather than a reality. In some countries, terrorists have gone so far as practically replace the government….So our first and main common goal is countering international terrorism," Medvedev said.

Russia’s PM Medvedev Warns of New War if US, Arab Troops Invade Syria
Conflicts are currently forcing hundreds of thousands of people to flee conflict-torn countries in the Middle East and North Africa and search for safety and refuge elsewhere, in the European Union in particular.

Another pressing European challenge is the issue of the radicalization of European nationals and the potential terrorist threat they pose, which came under particular scrutiny after terrorists attacked several locations around Paris on November 13, killing 130 people and injuring over 360. The Islamic State (IS) terrorist group which is outlawed in Russia and many other countries, claimed responsibility for the Paris attacks and is known for targeting European countries.

Read the full version of the interview here.