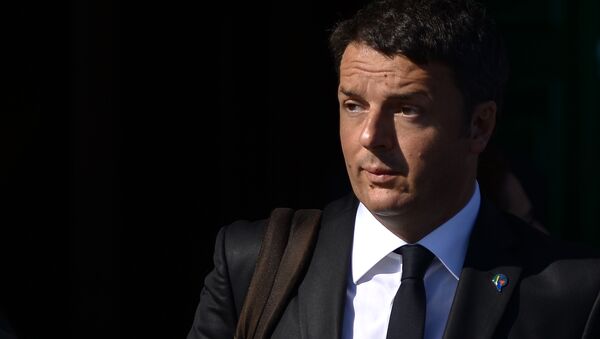 According to an article published Thursday, Italian Prime Minister Matteo Renzi has lashed out at former European Commission President Jose Manuel Barroso for leading the EU economy astray and called for less austerity.

"Over the eight years of Democratic presidency, the US has been focused on growth, investment and innovation. Europe – on austerity, currency and rigor. In economic terms, the US is better off than eight years ago, Europe is worse… Obama has done well, Barroso not," Renzi wrote in a guest article for La Repubblica.

The Italian prime minister argued that "austerity is not enough." He pointed out that countries that did not stick to the rigid monetary policy promoted by Brussels – the United Kingdom, Spain, and Germany – saw their economies grow.

Italy has been compliant with the European Union’s budget restrictions and has a low deficit of 2.5 percent. The United Kingdom’s budget deficit stands at 5 percent, while in Spain the shortfall in the national budget is at almost 6 percent of GDP.

Rome has been pushing Brussels in recent months to allow for more budget flexibility and a relaxation of austerity measures to stimulate economic growth.