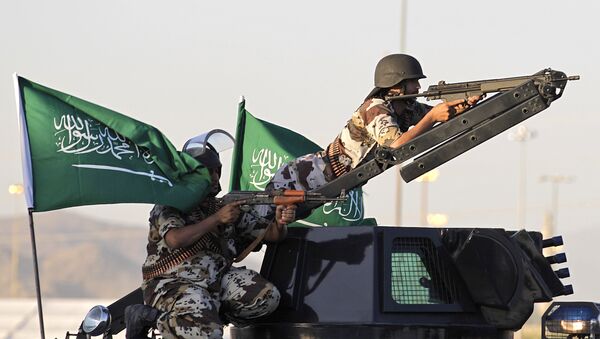 © AP Photo / Hassan Ammar
Subscribe
Turkey and Saudi Arabia are apparently ready to send ground forces to the Syrian battlefield, but although a direct invasion has not yet been launched, an indirect one is already happening, political scientist Yuri Pochta told Radio Sputnik.

"The fact of the matter is that the invasion is already taking place, but it is indirect. Turkey and Saudi Arabia are acting through rebel groups that are fighting against Damascus," Pochta explained. "These militants have been less active since Russia launched its aerial campaign. They are losing in several regions."

Indeed, the Syrian Arab Army, assisted by Russian warplanes and Hezbollah fighters, has managed to turn the tide of war in recent months and is currently on the offensive. This year, Damascus-led forces have scored major victories in Latakia and other provinces, while militants from Daesh and other terrorist groups are retreating. Turkey and Saudi Arabia have backed some of these rebels. 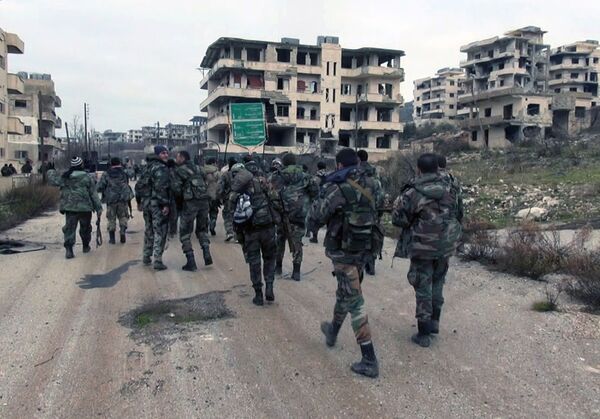 Why 'Prospect of Turkish Military Invasion in Syria is Very High’
Ankara and Riyadh have "apparently decided to 'save the day': to launch a direct ground operation in Syria and overthrow President Bashar al-Assad," he suggested.

Evidence, supporting this sentiment, has surfaced this week. On Thursday, Russia's Ministry of Defense announced that Ankara was "actively," but covertly preparing to launch a military campaign in Syria. On the same day, Saudi Arabia confirmed its readiness to take part in a ground operation, if the US-led coalition would support one.

Briefing of the Russian Defence Ministry spokesman (February 4, 2016):"First of all, it is to be reminded that the…

Pochta warned that Turkey and Saudi Arabia would further complicate the situation in Syria if they decide to send ground forces to an already overcrowded battlefield. Many experts have long pointed out that resolving Syrian crisis is a major challenge due to the sheer number of stakeholders involved.

"Who will they be fighting against? Will it not turn into a real war, involving Saudi Arabia, Turkey and Syria? Then there is Russia… And Turkey is a member of NATO. The situation is increasingly exacerbated at a time when hundreds of different rebel groups take part in the fighting. Syria is being transformed into a gray zone. Local, regional and global players are all pursuing their own interests. The majority wants to destroy the Syrian state and society. This is tragic," the analyst added.

000000
Popular comments
Some great points...Syria literally is a zoo of conflict. It's like any country whose military has more than 10 people is in the fight. Either everyone is an idiot or so desperate to appear successful, that they will destroy the whole region.

Huh?
7 February 2016, 10:14 GMT
000000
It is now the duty of China to step in and seal the Turkish border, Iran and Russia can help in that task. Saudi will be no problem as they are cowards. Turkey used to be great fighters, but now they are only helpers of terrorist forces breaking International law, so they have no honour. When they meet Assadd and his battle hardened units they will get shock and awe, plus they will need a lot of captogen tabs to deal with fear on the battlefield. I look forward to reading about a very high body count in the hundreds of thousands, and that will still not be enough.