Sanders, Trump Lead in New Hampshire Ahead of Primaries - Poll 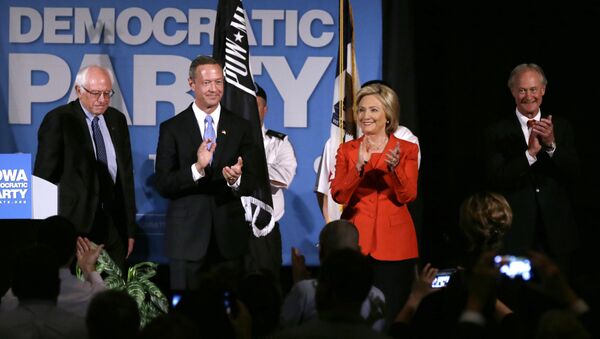 MOSCOW (Sputnik) — New Hampshire is the next state after Iowa to hold a vote for Republican and Democrat presidential candidates seeking their parties’ nominations. The New Hampshire primaries are scheduled to take place on February 9.

According to the CNN/WMUR poll, 33 percent of likely Republican primary voters support Trump, giving him a 17-percent advantage over his closest rivals. The lead is followed by US Senators Marco Rubio with 16 percent of votes, Ted Cruz with 14 percent and  Former Ohio Governor John Kasich with 11 percent.

US Presidential Race: Are the Kings of the Road Dethroned?

A third of likely Republican voters said they were still undecided.

A total of 58 percent of the New Hampshire Democrats will vote for Sanders and 35 percent support Hillary Clinton, the poll showed.