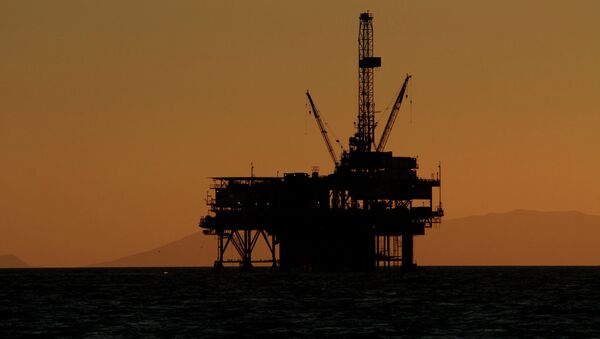 US lawmakers passed an amendment on Friday seeking to end seismic testing for methane hydrate to detect fossil fuels in the Atlantic Ocean, US Senator Cory Booker announced in a statement.

WASHINGTON (Sputnik) — Booker explained that studies have shown that sounds triggered by seismic air-guns have the potential to reduce catch rates of commercial fish species by up to 80 percent, and could harm whales and dolphins.

"Offshore drilling and fossil fuel exploration of any form in the Atlantic Ocean is an economic and environmental threat to New Jersey, and I’m going to do everything I can to stop it," Booker stated. "This amendment will block seismic testing in the Atlantic for a damaging form of natural gas."

Senator Robert Menendez added in the statement that drilling for fossil fuels in the Atlantic Ocean is unacceptable.

"We should not allow methane exploration off the Jersey Shore or the East Coast, and I’m pleased this amendment is now part of the Energy Bill," Menendez stated.