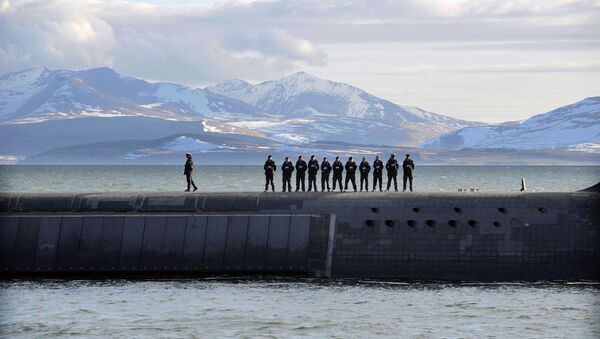 © AFP 2021 / Andy Buchanan
Subscribe
UK’s national security is under threat, and it's not terrorists or Jeremy Corbyn. The police force responsible for guarding Britain's nuclear weapons is “not sustainable", an official report found.

UK bases and military installations holding nuclear weapons are guarded by a special police force, the Ministry of Defense Police (MDP), which plays a key role in protecting the country’s defense infrastructure.

Over MDP 2,700 officers, located around 120 military sites, are so overstretched that it puts the UK’s security at risk, an official report by the Ministry of Defense Police Committee has concluded. The current state of the MDP and its staffing levels are "not sustainable" as officers work "excessive overtime" to guard Britain’s nuclear arsenal. 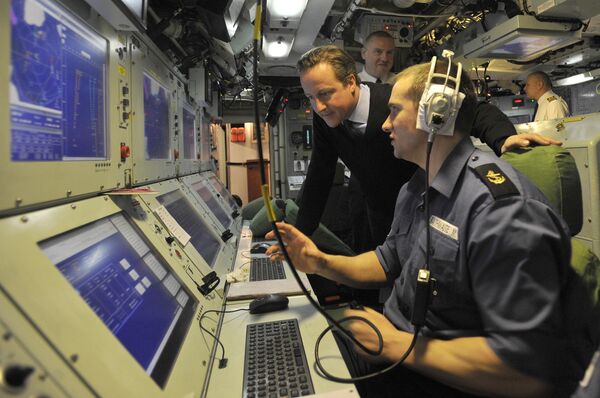 The MOD Police Committee, which oversees the Trident force, found that despite recruitment drive the MDP’s headcount increased by a mere five officers over the last two years. This, according to the report, means officers are retiring and leaving the force, which creates "huge amounts" of overtime needed to maintain facilities’ security levels.

"This level of performance effect is only achieved with huge amounts of overtime working… this is not sustainable without risks to employees and security," said David Riddle, the chair of the MoD Police Committee.

The MoD recorded a staggering 1,611 security breaches in 2015 – and the number keeps rising.

UK Trident Renewal Without Convincing Defense Case is 'Waste of Resources'
Latest figures show that unauthorized entries have literally doubled in number over the last two years, whilst theft and loss of classified documents has also increased.

This has also had an impact on officers’ morale with the report stating it was "extremely low".

Last year, Trident whistleblower William McNeilly claimed that it was easier to enter a nuclear weapons facility than "most nightclubs". The Able Seaman published an 18-page document titled 'The Secret Nuclear Threat', and subtitled "Do you have any idea how close we are to a nuclear disaster every single minute?" on the Internet.

Mr McNeilly reported a shockingly wide range of problems within the facilities — from food hygiene to alarms on a Trident submarine’s missile control station being turned off, so that crew members didn’t have to listen to them.

Back in 2013, an Atomic Weapons Establishment nuclear facility in Berkshire saw officers resigning as allegations of sleeping on duty and not completing routine patrols were made public. There was "no absolute assurance" that such incidents wouldn’t happen again, the report warned.

With MDP officers also patrolling British spy agency GCHQ’s headquarters, the demand on the "already overstretched organization" is growing, and so is the need for new recruits.

Britain has the fifth largest defense budget in the world. However, the government has slashed it considerably – by 19 percent over the last five years.

In fact, according to the Chatham House think tank, the cuts are believed to be so severe that the UK may not have the military personnel required to operate its state of the art equipment or guard its nukes.

"If these procurements continue on schedule, they will consume a major proportion of the defense budget for 2018–35. This will limit the funds available for full-time personnel, operations, training and maintenance."

"Total troop numbers in the British army have already been cut severely, while the planned rise in reserves has yet to materialize," a Chatham House report found.

The UK government is expected to spend an estimated 243 billion pounds on its nuclear deterrent program. What’s the point of a nuclear weapon, however, if there's nobody to operate or guard it?

000000
Popular comments
It appears that the stupidity of the US State Dept has now infected its UK vassals. It has done so for some tine really. I recall a while ago the difficulty of entering a barracks via the Front Gate and the ease of entering via the married quarters access gate that was left unattended. The range access was also possible via the married quarters gate and it was therefore a short cut for all those with weapons and ammunition to move in and out of camp where on occasions unattended piles of weapons were left outside buildings.